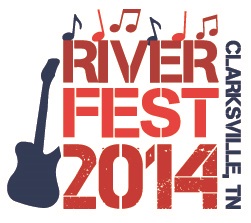 Clarksville, TN – Clarksville’s Riverfest, the two-day music and arts festival scheduled for September 5th and 6th, 2014 at McGregor Park, is excited to announce a new addition to this year’s attractions, the first annual 52-Hour Film Festival, presented by the Clarksville Department of Electricity.

The 52 Hour Film Festival will be held August 15th-17th, 2014. Filmmakers from all over Middle Tennessee are encouraged to compete to win awards and prizes!

Rules are simple. Teams will be given 52 hours to script, shoot, and produce their own 4-7 minute film.

All of the films submitted by 10:00pm on August 17th, 2014 will be shown at a public screening and award ceremony scheduled to take place Saturday, September 6th, 2014 at 8:00pm at Riverfest.

“This competition is open to anyone that has a passion for making short films and videos,” said Robert Rayburn, Film Festival Coordinator, “Anyone that has a camera can enter since its free to participate!”

Interested in participating? Entry forms are available online at www.clarksvilleriverfest.com or at the Clarksville Parks and Recreation Department office located at 102 Public Square. Completed entry forms must be e-mailed to no later than August 15th. There is no fee to enter.

Stay tuned to www.clarksvilleriverfest.com for frequent updates and to find out what prizes will be up for grabs as they are announced in the coming weeks.