This will mark the first contest in new Governors Stadium. After the 2013 home season ended the construction of the $19 million facility began. The original stadium version, known as Municipal Stadium, was built in 1946.

More than 350 football alums are expected to be present Saturday morning at 10:00am for the official opening of new Governors Stadium after a breakfast in the stadium’s club level.

The Governors are 37-37-1 all-time in home openers with the 1931-32 seasons locations both unaccounted for.

A win would snap Austin Peay’s 13-game losing streak. The Govs have not won at home since downing Tennessee Tech, 38-31, November 17th, 2012, in Governors Stadium. 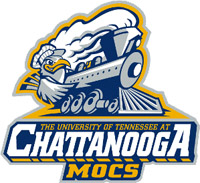 UTC head coach Russ Huesman is in his sixth season at his alma mater. He is 31-27 overall and 23-17 in Southern Conference action. The Mocs only won 32 games total in the 10 years prior to Huesman’s arrival.

Coming off an 8-4 record and a share of the SoCon title in 2013, Chattanooga was ranked as high as No. 14 in the FCS preseason polls. Currently, UTC is No. 14 in The Sports Network Top 25 and No. 17 in the FCS Coaches Poll, the two polls recognized by the NCAA. The Mocs were tied for their highest ranking in the Russ Huesman era last week at No. 13.

UTC is looking for its first rushing TD of the season.

Junior QB Jacob Huesman is on the Walter Payton Award Watch List. He was the 2013 SoCon Offensive Player of the Year and No. 4 in the nation with a 68.3 completion percentage.

Senior LB Muhasibi Wakeel is tied for 11th in the FCS and No. 3 in the SoCon with 12.5 tackles per game.

Senior DE Davis Tull is on the Buck Buchanan Award Watch List for the second year in a row. He is the FCS active leader and the Mocs’ all-time record holder with 26.5 sacks in three seasons. He is the two-time defending SoCon Defensive Player of the Year and the coaches pick to win the award again.

The Governors quarterback competition came down to a trio of newcomers who not only have yet to thrown a pass for the Governors but at the college level as well. Junior Trey Taylor spent two seasons–redshirting one season–at Central Arkansas before transferring to APSU and sitting out the 2013 season.

Arlington Heights, Illinois native Mickey Macius, a freshman, enrolled in January and went through spring practice. Redshirt freshman Darrien Boone originally signed with Central Michigan and was scout-team quarterback much of last fall before transferring to Austin Peay over the summer.

Austin Peay’s top receiver a year ago was freshman Rashaan Coleman, who had 30 receptions for 214 yards. However, he has been moved to running back in 2014. In his one appearance at running back in 2013, he finished with 109 yards rushing and three TDs on 16 attempts in Week 11 against Southeast Missouri. He had 19 yards on five attempts at Memphis.

With Coleman now playing running back and Darryl Clack suspended for the season, senior Javier Booker is the Govs leading returning wide receiver. He finished 2013 with 10 catches for 108 yards.

Justin Roberson, who came to APSU as a running back before moving to defensive back a year ago, returned to the running back position in the spring. He finished with 50 yards on eight carries against Memphis, including a 21-yard run.

Weak safety Johnathan Shuler led the Governors in tackles as a junior with 76 stops, including five for losses. He also was credited with two forced fumbles, four pass break ups and one interception. Shuler tied for the team lead for tackles with nine stops in the opener.

In the opener against Memphis safeties Shuler (5-4) and Damien Whitfield (7-2) were the Govs’ top tackler with nine stops. However, the next leading tackler was freshman Zach Stuart, who came off the bench to record six tackles–all solo stops.

In addition to Stuart, another freshman linebacker, Benedict Louis, also came off the bench to tally five tackles versus Memphis, including one for loss.

The Govs recorded four tackles for loss against Memphis, including a four-yard stop by freshman end Nicholis Matiere-Bey.

Sophomore cornerback Roderick Owens returned to his hometown Memphis and finished the night with three tackles along with the Govs’ first interception while also forcing a fumble and breaking up a pass.

Sophomore linebacker Antonio Turner, who played sparingly in the early going in adapting to the college game, finished second on the team in tackles with 67 last season. Turner moved in as a starter in Week 6 against Eastern Illinois. He averaged 8.7 tackles per game over those final seven games, including 13-tackle efforts against Jacksonville State and Tennessee Tech.

Senior punter Ben Campbell broke the school record for single-season punts with 87 during the 2013 season. He broke the mark of 82 set by Grad Wright during the 1990 season. In setting the record, Campbell had just one touchback in those boots, including nine downed inside the 20 and eight 50 yards or more. He averaged 38.8 yards per punt on the season.

Campbell punted 10 times in the opener, with the 11th punt occurring from quarterback Darrien Boone out of shotgun formation.

With his 87 punts in 2013 Ben Campbell now has 196 career punts, placing him sixth career wise entering his senior season. J.P. Hogan (2000-03), who punted 259 times in his four APSU seasons, is the career record holder.

Senior Michael Dunphy enters the season having handled the long-snapping duties for the previous two seasons. He replaced four-year longsnapper Nick Newsome, meaning the Govs have had just two players handling snapping duties since the start of the 2008 season.

Redshirt sophomore Evan Toby handled all the Govs kickoffs but one in 2013. He again is expected to handle those chores in 2014.

Evan Toby claimed the plaeckicking job to open the season but failed to gain a field-goal or extra-point attempt in the opener at Memphis.