This week’s game will be televised regionally on CBS, including Nashville affiliate WTVF NewsChannel 5. Andrew Catalon will handle play-by-play duties, while Steve Tasker and Steve Beuerlein will serve as analysts.

Additionally, Sports USA will broadcast the Titans-Buccaneers game to a national audience. Adam Amin (play-by-play) and John Robinson (analyst) will have the call.

The quarterbacks scheduled to start in this week’s game were the top two players selected in the 2015 NFL Draft, first pick Jameis Winston and second pick Marcus Mariota. They became the first two Heisman Trophy winners in history to be selected No. 1 and No. 2 in the same draft.

Since the “common draft era” began in 1967, quarterbacks have been selected with the first and second picks six times. This will be the third time one of those pairs has squared off as rookies (Drew Bledsoe and Rick Mirer in 1993; Peyton Manning and Ryan Leaf in 1998) but the first time it has happened in Week 1.

Mariota entered the NFL after a record-breaking three seasons at the University of Oregon. He set nearly every major passing record for the school, totaling 10,796 career yards passing and 105 touchdown passes. He became one of four players in FBS history to pass for 10,000 yards and rush for 2,000 yards (2,237), joining Dan LeFevour, Robert Griffin III and Colin Kaepernick.

In his final season with the Ducks, Mariota won the Heisman Trophy as college football’s best player and led his team to the College Football Playoff Championship Game.

He passed for 4,454 yards and 42 touchdowns with only four interceptions, added 770 yards and 15 touchdowns as a runner.

He won his first 26 starts to set an NCAA Division I record and led the Seminoles to a national championship in 2013, the same year he became the youngest player to ever win the Heisman.

The last time Mariota and Winston’s teams played each other was the Rose Bowl on January 1st, when Oregon defeated Florida State 59-20.

The Titans are looking for a fast start in 2015 under head coach Ken Whisenhunt, who enters his second season with the Titans and his eighth campaign as an NFL head coach. His squad finished the preseason with a 2-2 record after defeating the Minnesota Vikings 24-17 on September 3rd.

Mariota’s preseason included starts in all four contests, and he went 21-of-30 passing for 326 yards with one touchdown and one interception. His 70 percent completion rate and 10.9 yards per attempt led the NFL’s rookies during the preseason, and his 102.9 passer rating finished behind only Green Bay Packers’ Brett Hundley.

Mariota is one of nine rookies on the Titans’ 53-man roster, but several veterans are scheduled to make their Titans regular season debuts as well. 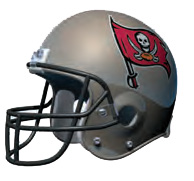 Lovie Smith is in his second year as head coach of the Buccaneers and his 11th season as a head coach in the NFL. During the preseason, the Bucs were 2-2, picking up wins over the Cincinnati Bengals and Miami Dolphins and losses against the Minnesota Vikings and Cleveland Browns.

QB Marcus Mariota can become the first quarterback in franchise history to start the opening game of his rookie season.

OLB Derrick Morgan needs two sacks to become the third player in the Titans era (1999–present) to reach 25 sacks with the club.

There have been 10 all-time regular-season meetings between the Titans and Buccaneers. The Titans have won eight of the games in the series, which dates back to Tampa Bay’s expansion season of 1976. The

Titans won five consecutive meetings from 1989 through 2003. The first game between the two franchises was a historic occasion.

On September 12th, 1976, the Buccaneers, led by head coach John McKay and quarterback Steve Spurrier, played the inaugural game in team history against the Oilers at the Astrodome. The Oilers, coached by Bum Phillips and quarterbacked by Dan Pastorini, won the game by a final score of 20-0.

The Titans have hosted seven of the 10 meetings in the series. They have traveled to Tampa Bay for a regular season game on three occasions and just two times in Raymond James Stadium, which opened in 1998.

The most recent matchup between the Titans and Buccaneers was on November 27th, 2011 at LP Field. With three minutes remaining in the fourth quarter, quarterback Matt Hasselbeck found wide receiver Damian Williams in the back of the end zone for the go-ahead score in an eventual 23-17 win. Running back Chris Johnson produced one of the best games of his career, gaining 190 yards on 23 carries (8.3 avg.). It was the third-highest rushing yardage total in his four-year career, and the 13th-highest rushing number in franchise history.

On a rainy day at Nissan Stadium, the Titans got 190 rushing yards from Chris Johnson and a late touchdown pass from Matt Hasselbeck to Damian Williams to defeat the Tampa Bay Buccaneers 23-17.

With rain falling for most of the game, the teams combined for nine turnovers—five by the Buccaneers and four by the Titans. The Titans recovered four Tampa Bay fumbles and intercepted a Josh Freeman pass, while the Titans fumbled the ball away two times and lost it twice on Matt Hasselbeck interceptions.

However, a clutch play from Hasselbeck put the Titans in front with three minutes remaining in the game. After the Titans took over at their own 20-yard line, trailing 17-13, Johnson produced a 34-yard run. Tennessee then faced a fourth-and-goal at the two-yard line, when Hasselbeck found Williams in the back of the end zone for the go-ahead score.

The Titans then got an interception by linebacker Colin McCarthy, and on the ensuing Titans series, which included a 24-yard run by Johnson, the Buccaneers were forced to use all three timeouts before Rob Bironas booted a 38-yard field goal with less than two minutes to play.

Needing a touchdown, Freeman drove the Tampa Bay offense downfield. But on a fourth-and-one play at the Tennessee 25-yard line, Freeman mishandled the snap and was tackled by defensive lineman Jason Jones short of the first down to seal the victory.

In the first quarter, the Buccaneers took the lead at the conclusion of their second series. LeGarrette Blount gained 35 yards on a screen play, and Connor Barth put them on the scoreboard with a 43-yard field goal.

The Titans needed little time to respond. On the ensuing kickoff, Marc Mariani fielded the ball at the goal line. At the 16-yard line, he handed off to Tommie Campbell on a reverse. Campbell went untouched 84 yards for a touchdown and a 7-3 lead.

In the second quarter, Titans defensive end Dave Ball knocked the ball out of the hands of Tampa Bay quarterback Josh Freeman on a sack. The Titans recovered and used a 20-yard pass from Hasselbeck to Williams to convert a third-and-17, setting up Bironas’ 31-yard field goal.

The Titans were looking to add to their lead late in the first half, only to provide a window for the Buccaneers to tie the game. With less than two minutes on the clock, running back Javon Ringer caught a screen pass from Hasselbeck, but Tampa Bay cornerback Ronde Barber knocked the ball loose from behind. Safety Tanard Jackson recovered the ball for the Bucs, and six plays later, Freeman completed a three-yard touchdown pass to Mike Williams.

The teams exchanged fumbles to start the third quarter. Later, on the Titans’ second drive of the half, they faced a first-and-25 after a personal foul penalty. Hasselbeck threw to wide receiver Nate Washington across the middle, but cornerback Aqib Talib intercepted the pass and raced 27 yards for a touchdown and a 17-10 Buccaneers lead.

The Titans defense forced another fumble later in the third quarter, when defensive tackle Jurrell Casey pulled the ball away from Blount.

However, for the third time in the game, the Titans failed to score off a turnover and were forced to punt.

The Titans cut into the lead early in the fourth quarter. Anthony Smith partially blocked a Michael Koenen punt, which went 30 yards downfield. The Titans then went 37 yards on nine plays before Bironas made a 52- yard field goal to cut the Tampa Bay lead to 17-13. That set the stage for Hasselbeck’s game-winning drive.