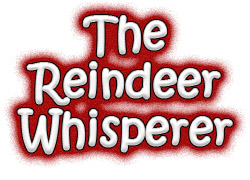 It begins the day before Christmas Eve. Santa Claus is ready for his annual test drive before the big day with his reindeer. However, he finds the reindeer can’t fly, or maybe they won’t fly. Santa and the elves know something is wrong, but they can’t figure it out.

So they call upon “The Reindeer Whisperer” to get to the bottom of it. With her keen understanding and knowledge of reindeer lore, she hears what no elf has heard before.

During the show, the children sang “Christmas Eve Eve”, “Why Won’t You Fly?”, “Can You Please Save Christmas?”, “Words Can Hurt”, “It’s Time To Fly!” and others.

The kids gave a wonderful performance and brought Christmas cheer to the Central community. They received a standing ovation from those in attendance.

“We have been practicing this ever since fall break, right after our Veterans Day program,” stated MCES Music Teacher Heather Burkeen. “So we’ve been working on it for about 7-8 weeks.”

“I think the kids did a great job tonight. I am so proud of them,” said Burkeen.