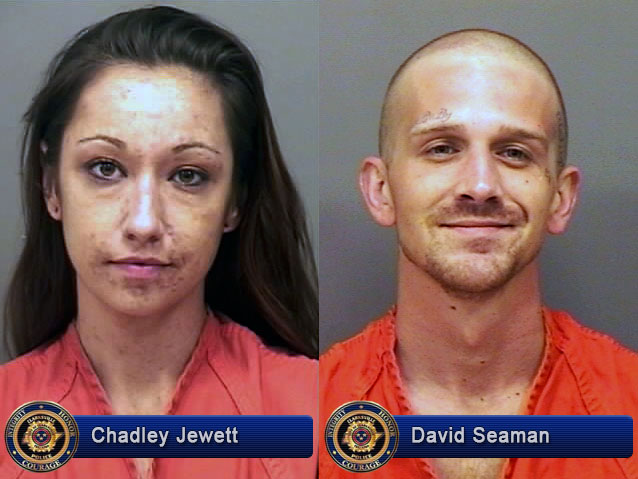 Clarksville, TN – On Monday, June 13th, 2016 the Sonic Drive-In on Riverside Drive was robbed. The suspect was dropped off at the Scuba shop behind Sonic and walked up to the business while the getaway driver waited in what appeared to be a VW Jetta or Toyota Corolla.

The suspects were identified and arrested. Last night Officer Ronnie Brown, who was off duty at the time, recognized the suspect vehicle at the Walmart Market on Whitfield Road and called Officer John Matos out to detain the two suspects in the vehicle until Detective Tracy Woodruff arrived. 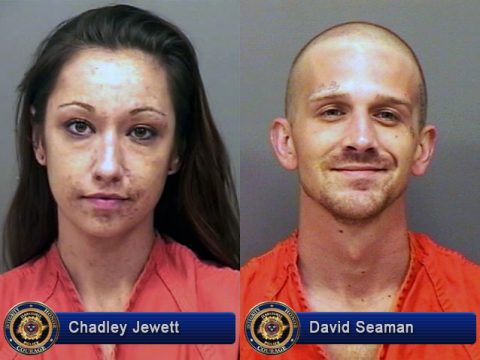 They confessed and gave up the weapon, which was an airsoft pistol that appeared to be real.

26-year-old David Seaman from Clarksville was charged with Aggravated Robbery and Unlawful Drug Paraphernalia with a total bond amount of $52,500.

26-year-old Chadley Jewett from Clarksville was charged with Accessory After the Fact and Unlawful Drug Paraphernalia with a total bond amount of $22,500. Both were booked into Montgomery County Jail.

First, great job to Officers Brown and Matos! Also, Detective Woodruff and the CPD would like to thank the public and all the media sources for releasing the information. He said he had some calls that were helpful in confirming information about the suspects. Great teamwork for the community of Clarksville! 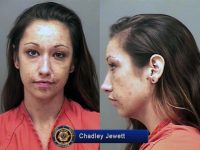 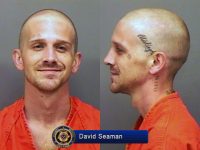