Wofford is 3-7 through its first 10 games but the Terriers have faced a tough schedule against power conference foes Miami, LSU, Colorado and most recently TCU.

The Govs look to end a three-game slide and earn their first true road win in 2016-17. Senior Kenny Jones (8.0 rpg) is among the Ohio Valley Conference’s most efficient rebounders, pulling in 24.5 percent of Austin Peay’s total rebounds, the fifth-highest total in the OVC. 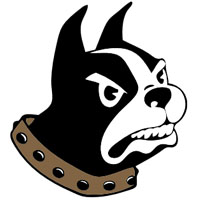 Wofford enters the contest looking to gain traction on the offensive end; the Terriers have yet to score more than 70 points against a Division I foe in 2016-17.

The Terriers have been dangerous from deep, hitting 41.6 percent from beyond the arc as a team.

Last Time Out Against Wofford

The Govs topped the Terriers 84-77 in the first meeting between the two schools, Dec. 22, 2015. Two milestones were surpassed in that contest: Chris Horton became the second Governor with 1,000 career rebounds, joining Tom Morgan, and Josh Robinson set a Dunn Center record by hitting 14-of-14 free-throws.

The Terriers are a squad desperate to gain traction on the offensive end; Wofford has yet to score more than 70 points against a Division I foe in 2016-17.

The  Terriers  have  been  dangerous  from  deep, hitting 41.6 percent from beyond the arc as a team.

What A Win Would Mean
Move the Govs to 12-10 against Southern Conference schools under head coach Dave Loos… would snap a three-game losing streak, the Govs longest since January 9th-16th, 2016… it would make Dave Loos 2-0 all-time against Wofford… it would be Loos’ 497th career victory and 415th at APSU.

Jones-ing for the Govs
After a season in Chris Horton‘s shadow, Kenny Jones is breaking out for the Govs. He’s averaging 16.4 ppg, 9.6 rpg and hitting 61.0 percent from the floor over the last seven contests, and holding his own defensively with 1.6 spg.

All three wins for Wofford have come in the friendly confines of Benjamin Johnson Arena; the Terriers are 0-4 on the road and 0-3 in neutral site contests.

Meanwhile, the Govs are still seeking their first true road victory in 2016-17.

Austin Peay seeks its third straight win against a Southern Conference foe and 12th win against the SoCon in the Dave Loos era.

The Govs have an average turnover margin of plus-9.8 in wins and minus-3.6 in losses.

Check back at LetsGoPeay.com and on Austin Peay’s Official Athletics Facebook page often for up-to-date news about all Governor athletics, as well as the Governor men’s basketball Twitter page (@AustinPeayMBB). Live stats will be available during the game at www.LetsGoPeay.com, and all home games and Ohio Valley Conference games can be viewed on www.ovcdigitalnetwork.com

Postgame video interviews and other videos from around APSU Athletics can be found on our YouTube page (www.youtube.com/letsgopeay).