HomeSportsInstant Peay Play: APSU Softball’s Danielle Liermann continues to be one of...
Sports 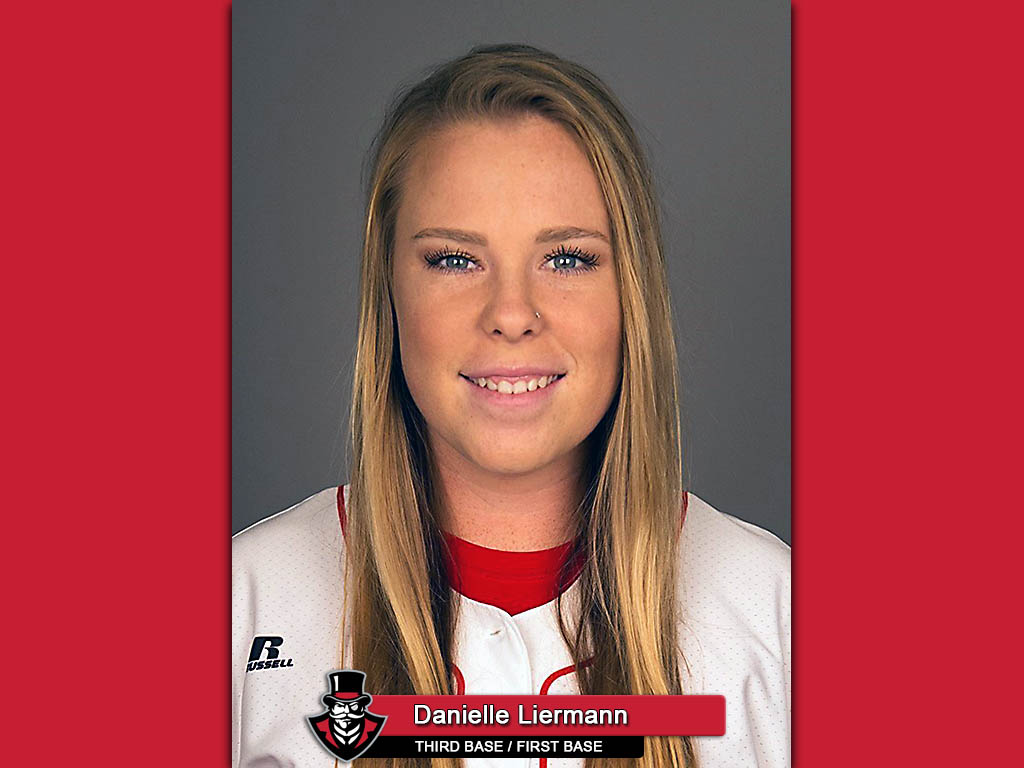 Clarksville, TN – In 2016, Austin Peay State University softball player Danielle Liermann had one of — and arguably — the best freshman campaigns in the program’s history and the way the 2017 season has begun for the Simi Valley, CA native last year was no fluke.

Liermann, who plays third base for the Govs, was named All-Ohio Valley Conference First-Team, OVC Freshman of the Year and to the All-OVC Newcomers Team last year after batting .361, with nine doubles and seven home runs among her 57 hits, while also collects 36 RBIs.

Her hit total was the sixth most by any APSU player in one season, the RBI total tied for third most and her batting average, slugging percentage and on-base percentage was in the school’s Top-15 all-time.

All those numbers were also among the best in all the OVC last year while also being at or near the top for all OVC freshmen during the 2016 season.

Now coming into the 2017 season, if there were doubt about a possible sophomore jinx at the plate, or maybe reduced results due to opponents having had a whole season of at bats to compile a more complete scouting report on Liermann – that hasn’t been the case.

After the Govs first 19 games this season, Liermann is hitting a robust .419, with 26 hits in 62 at bats – including four doubles and five home runs – while driving in 17.

Her current batting average, slugging percentage, home run and RBI totals are all in the Top-10 in the OVC again this year.

And she’s putting those numbers up game after game.

Currently, Liermann is riding a 13-game hitting streak – which ties of the longest such run by an Austin Peay player since the 2000 season. Overall, Liermann has recorded hits in 16 of the 19 games played by Austin Peay this year – with six of those games be multi-hit efforts.

She also has a current game streak of reaching base in 17 consecutive games – the third longest by an APSU player since 2000 – having only one game this season where she didn’t reach base at least one time during the contest.

Liermann is also on pace to be one of the fastest Govs to 100 career hits in school history, while already being in the school’s Top-10 all-time in home runs — needing just 66 games to reach that milestone.

While it’s still early in her sophomore season, Liermann has a chance — at the rate she’s going — by the time she finishes her senior campaign to be one of the best offense players not only in Austin Peay history, but OVC history as well.