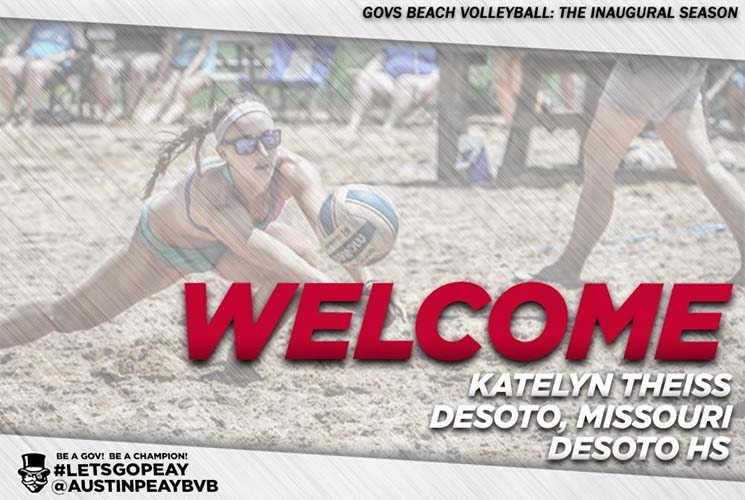 “We are excited to add Katelyn to our roster as our first beach recruit,” Mott said. 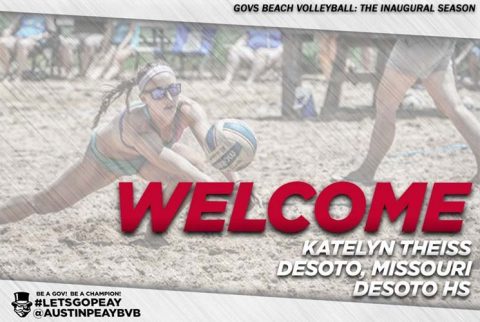 “We look for her to bring experience and knowledge of the game to our program,” stated Mott.

Theiss comes to the Govs after a solid indoor playing career at DeSoto High School where she served as a defensive specialist and outside hitter. Her versatility led to 206 kills, 224 digs and 84 blocks during her senior season. She also excelled at track and field for DeSoto.

The Govs will close our the program’s inaugural beach volleyball season Saturday, April 22nd and Sunday, April 23rd with the APSU Beach Bash at Nashville Beach in Joelton, Tennessee.