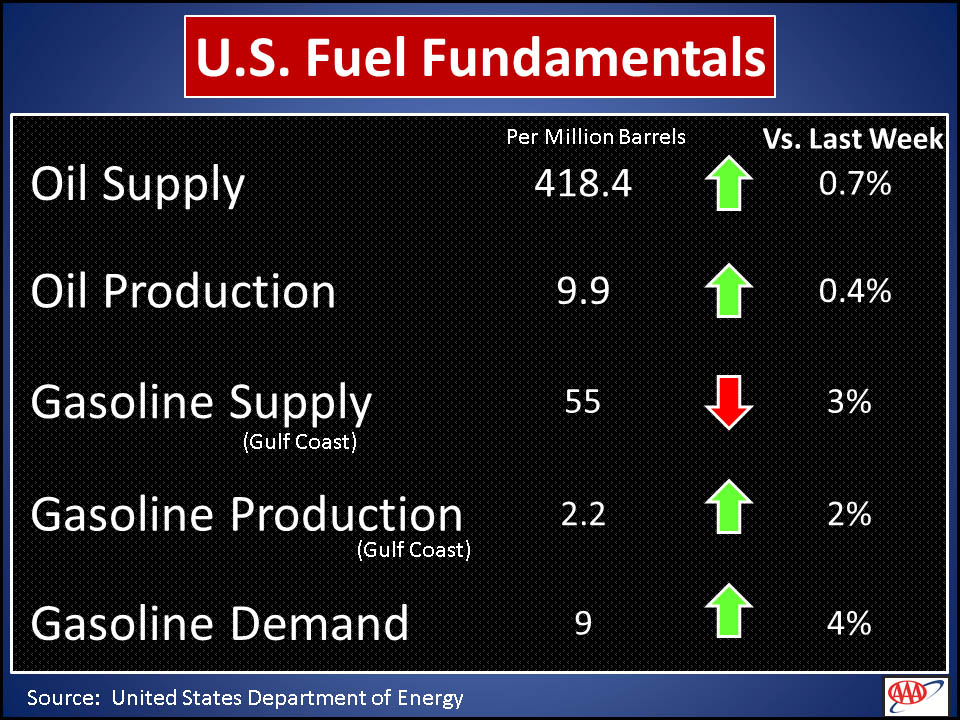 Nashville, TN – Motorists are seeing steady discounts at the gas pump. Tennessee gas prices have declined the last 12 consecutive days for a total of 7 cents.

During the past week, the state average dropped 5 cents. Sunday’s state average of $2.34 is 1-cent less than a month ago, yet 27 cents more than this time last year. 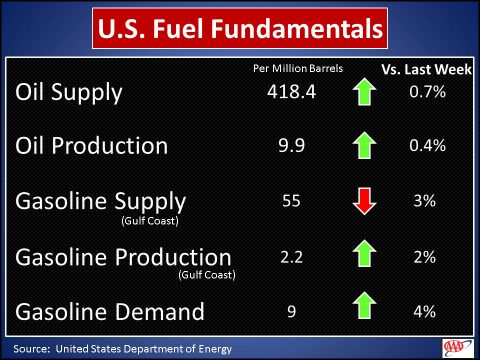 “Gas prices declined as forecast, based on significant gains in both oil and gasoline production in the United States,” said Mark Jenkins, spokesman, AAA – The Auto Club Group. “Although motorists may see additional discounts at the pump this week, this downward trend has a limit. AAA expects gas prices will shoot-up 20-30 cents between March and May, as refineries conduct seasonal maintenance and switch to summer-blend gasoline.”

Spring refinery maintenance season always puts upward pressure on gas prices, and often drives prices to their highest point of the year. This year’s period already began on February 1st and is expected to peak during the last week of March or first week of April. During this time, refineries reduce output while they conduct scheduled maintenance on their equipment.

This spring could be more active than previous years, because there are many refineries that skipped their scheduled maintenance period in the fall, due to Hurricane Harvey’s impact on the Gulf Coast.

On the stock market, oil and gasoline futures prices regained strength, which should cause the downward pressure on gas prices to slow down. Two weeks ago, the EIA released data showing significant growth in domestic production and inventories. Last week’s figures showed only minor gains in production and inventory levels. As a result of these stats and weakness in the dollar, energy prices regained some strength.

Strong growth in oil production should help keep a limit on how high oil prices can go, but strong exports may prevent them from plunging. In January, oil prices reached their highest in more than three years, enticing domestic producers to ramp-up production. This month, domestic crude oil production exceeded 10 million barrels per day, for the first time in decades.

Domestic oil production is 14 percent stronger than a year ago, while gasoline production is up 5 percent. However, inventory levels are not growing at the same rate. Even though there was considerable growth two weeks ago, domestic oil and gasoline inventories are down – compared to this time last year – by 18.5 percent and 4 percent respectively. So where is the excess fuel going?

U.S. fuel exports are surging. The latest data from the EIA shows an annual hike of 29 percent for crude oil exports, and 15 percent for gasoline. Most of those exports are coming from the Gulf Coast, mostly going to markets in Mexico, South America and the Caribbean.

Analysts from OPIS say most of the exports are considered to be excess supply. So if these exports were dramatically reduced, there would be a glut that causes fuel prices to be dramatically lower.

ACG belongs to the national AAA federation with more than 57.7 million members in the United States and Canada and whose mission includes protecting and advancing freedom of mobility and improving traffic safety.

Motorists can map a route, identify gas prices, find discounts, book a hotel, and access AAA roadside assistance with the AAA Mobile app for iPhone, iPad and Android. Learn more at AAA.com/mobile. AAA clubs can be visited on the Internet at AAA.com.