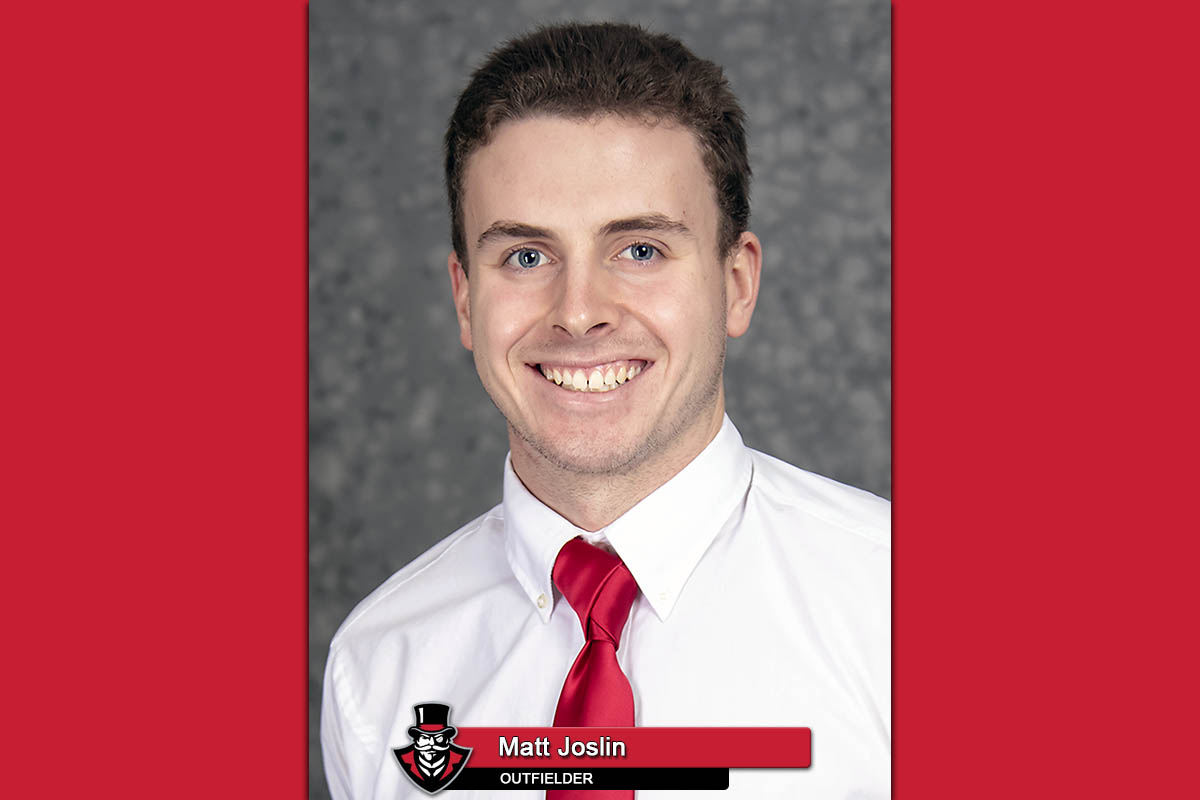 In addition, Joslin was among those selected Monday as Collegiate Baseball’s National Players of the Week powered by Diamond Sports. 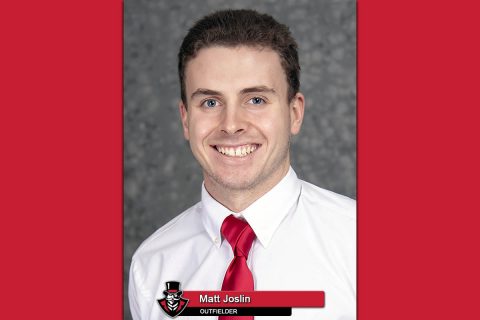 Joslin, of Columbia, Tennessee, went 6-for-9 (.667) at the plate during the Governors four-game week, posting a .750 on-base percentage and a 1.444 slugging percentage. He had a double, two grand slams and three walks in 12 plate appearances.

The week began in grand fashion for the freshman as he was called on to pinch hit against Southern Illinois with Austin Peay trailing 9-8 with two outs and the bases loaded. Facing one of the nation’s saves leaders, Joslin hit a 1-2 pitch out of the park to straight-away center field for a walk off grand slam in the Govs 12-9 victory.

He appeared as a pinch hitter in both games of Saturday’s Ohio Valley Conference doubleheader at UT Martin. In Game 1 he walked to help load the bases in the seventh inning with the Govs falling 6-3. However, in Game 2 he again was called on to pinch hit with the bases loaded in the seventh inning and promptly hit a game-tying two run single in a game the Govs won in come-back fashion, 5-4.

Joslin saved his best for the finale where he was Austin Peay’s starting designated hitter. He went 4-for-6 with seven RBI and four runs scored. He singled and scored in the second, had a RBI single in the fourth, a bases-loaded two-run single in the fifth before walking and scoring in the seventh.

But Joslin got a third bases-loaded plate appearance in the ninth and took advantage with his second grand slam of the week, giving APSU an 18-10 lead.

Joslin had four bases-loaded at-bats during the week and was 3-for-4 with two grand slams and 10 RBI in those opportunities. This season, he is an incredible 8-for-11 in 12 plate appearances with the bases loaded, with a double, two home runs and 18 RBI.

Austin Peay baseball student-athletes have been recognized six times as the OVC’s player or pitcher of the week. Starting pitcher Jacques Pucheu has won the league’s pitching honor three times, closer Brett Newberg has won the pitching honor once and center fielder Garrett Spain has earned the top player honor once.

The Governors return to action with a 6:00pm, Tuesday contest at Middle Tennessee to conclude their current four-game road trip. Austin Peay opens a seven-game homestand with a 6:00pm, Wednesday matchup with Alabama A&M. Tickets for home games may be purchased in advance by visiting LetsGoPeay.com/BuyTickets.