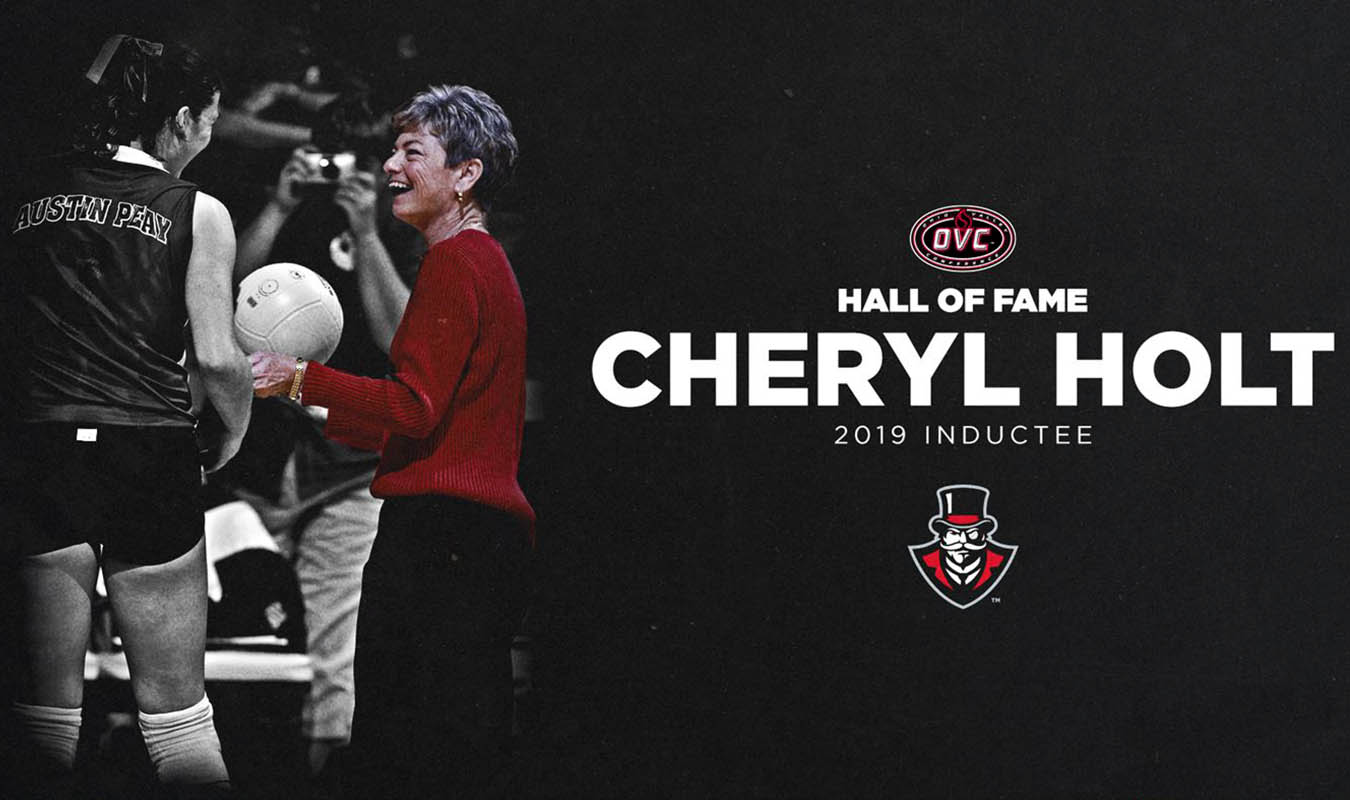 Brentwood, TN – Austin Peay State University’s (APSU) Cheryl Holt has been selected to the Ohio Valley Conference Hall of Fame. She will be inducted during ceremonies held in conjunction with the OVC Spring Meetings in May. Holt has served in the APSU athletics department in various roles for nearly 35 years.

Inducted into Austin Peay’s Athletics Hall of Fame in 2012, Holt joined the Governors athletics program in 1982 as a tennis coach but was tapped by then-Director of Athletics Johnny Miller to elevate the volleyball program. She served just two seasons as tennis coach, but her tenure as volleyball coach lasted much longer – an impressive 23 seasons. 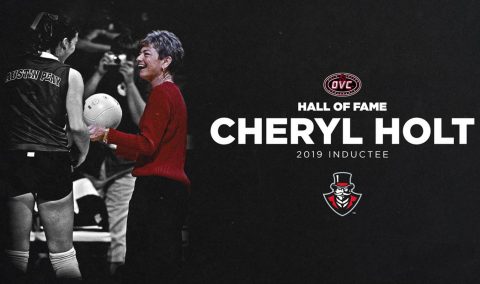 Under her leadership, the Govs qualified for the OVC volleyball tournament in 19 consecutive seasons, capturing the tournament title in 1991 and the regular-season crown in 1992.

However, it was mentoring student-athletes where she that made the most significant impact. She coached 21 All-OVC selections, including OVC Players of the Year Connie Caldwell and Isabel Canedo.

It was Canedo who helped transform the volleyball program with its OVC trophies in 1991 and 1992 while also becoming the first female Austin Peay athlete to win the OVC Scholar-Athlete Award in 1992-93 and ultimately was named to the Austin Peay Athletics Hall of Fame. In addition, Holt’s volleyball teams annually were at the top of the athletic department’s rankings in regards to grade-point average and graduation rates.

In 1997, Holt was named the athletic department’s first Senior Woman Administrator and in 2003 was elevated to assistant athletics director. She held both positions until her retirement in 2017.

In addition to her induction in Austin Peay’s Athletics Hall of Fame, the Austin Peay community recognized Holt’s significant contributions to women’s athletics, including the softball program initiation in 1986, by naming the softball facility Cheryl Holt Field.

Holt becomes the 10th member of the Austin Peay family inducted into the OVC Hall of Fame. The OVC Hall of Fame recognizes coaches, administrators, faculty and staff members who have been associated with the league for at least five years and have had extensive outstanding service to the Conference

Austin Peay Representatives in the OVC Hall of Fame