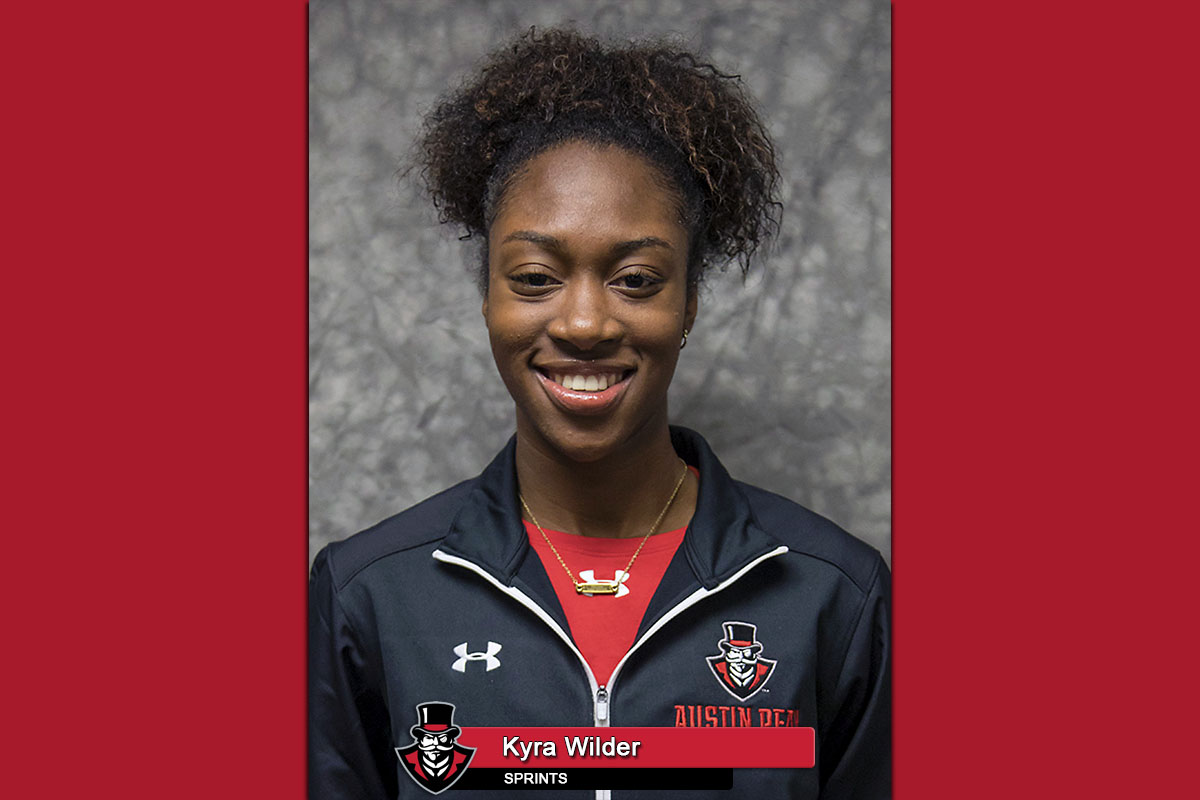 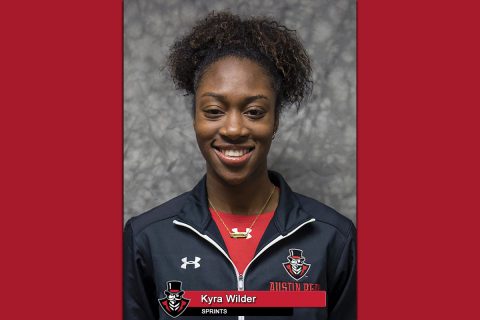 For the third year in a row, a Governor has won either indoor or outdoor Freshman of the Year, with Wilder joining Morgan Bradley (2018, outdoor) and Maya Perry-Grimes (2017, indoor) as recent honorees, giving the Govs an impossibly bright future. Anna-Claire Raines (2006, outdoor) and Leigha Tolliver (2010, indoor) also previously earned this honor for the Govs.

“Nobody deserves this more than Kyra,” said Austin Peay head coach Doug Molnar. “She’s worked hard, she’s done everything we’ve asked and she’s been so great about giving us a lift whenever and wherever we’ve needed it. She’s not afraid to line up against anyone and she’s just scratching the surface of her potential.”

A points-earner in the 60-meter and 200-meter dashes and a bronze medalist as part of the 4×400-meter relay quartet during the 2019 OVC Indoor Championships, Wilder’s career had already taken flight but her performance this spring has launched it into the stratosphere.

Wilder is one of just two freshman student-athletes across the OVC to rank among the league’s top-two in a given event, to say nothing of her prowess in the relays; her work as part of the 4×100 and 4×400 quartets has Austin Peay ranked third and first, respectively, heading into the outdoor championships.

Wilder was immediately an integral part of the relays unit, but the Hilltopper Relays represented her breakout individual performance during outdoor season. In Bowling Green, KY she won the 200m dash—her first career individual win in the event as a Governor—with a 24.47 mark, then closed the meet with a 4x400m win at 3:49.68.

The following week, in her first career home meet, Wilder swept the 100m and 200m dashes, hitting 12.06 in the 100 and a personal-best 24.29 in the 200. She’s kept that momentum ever since, breaking 12 seconds in the 100m for the first time as a Gov two weeks ago at the Memphis Tiger Invitational.

All-time, Wilder is the 13th Austin Peay track and field athlete to take home one of the league’s top postseason prizes, representing the 15th overall honor (Joanne Arnold and Sheena Gooding were both two-time honorees).

This marks the first time since 2010-11 that student-athletes from the same institution have earned Outdoor Freshman of the Year honors in back-to-back seasons.

Wilder and her Austin Peay teammates open the 2019 OVC Outdoor Championships Thursday afternoon in Cape Girardeau, Missouri. Wilder is scheduled to compete beginning 6:15pm, Thursday, with the 200m dash preliminaries, followed by the 100m dash prelims at 6:05pm, Friday, May 10th. The 4x100m relay begins the final day of competition, Saturday, while the 4x400m will be the last event Saturday afternoon.