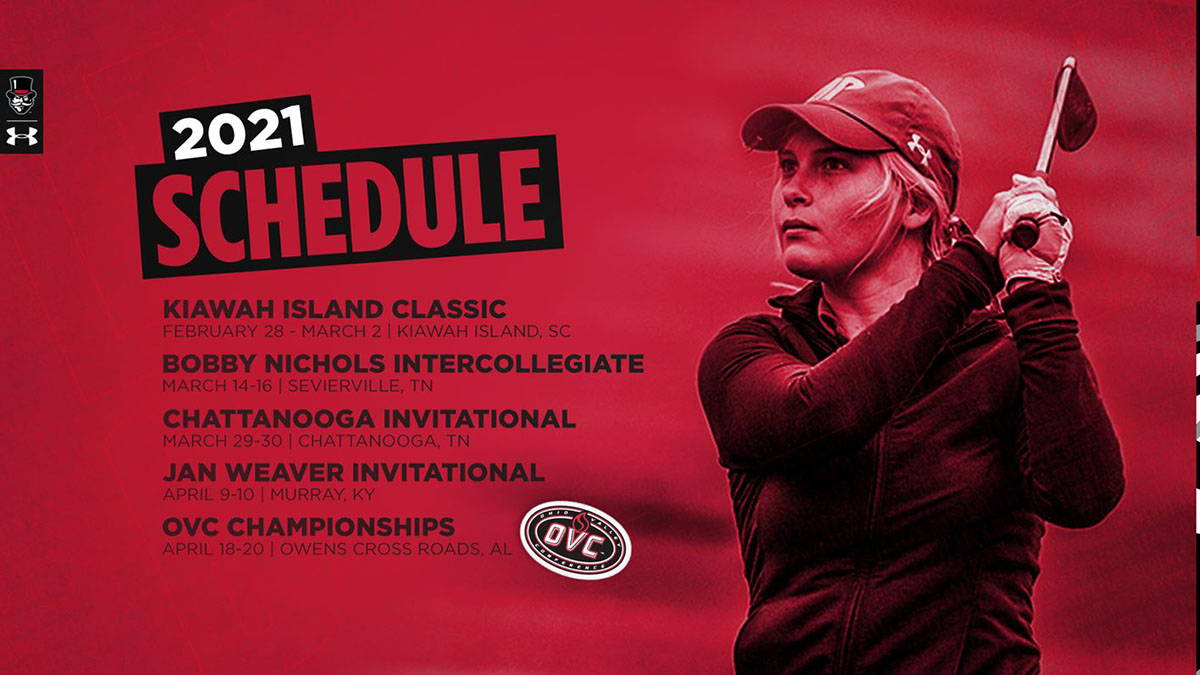 “After a crazy-yet-productive fall, we are looking forward to competing in these great tournaments during the spring,” Combs said. “We’ve played several of these courses in the past, which will give us the extra boost of confidence we’ll need after missing the fall season.

The blend of familiar tracks paired with daunting opposition will give the APSU Govs a challenge each week, and they’ll waste no time getting into the thick of things with a return journey to Kiawah Island, South Carolina for the Kiawah Island Classic, February 28th-March 2nd. The prestigious event, which was Austin Peay State University’s penultimate tournament before the 2020 season ended prematurely, saw the Govs take the Flight team title last season.

The Chattanooga Invitational, scheduled for March 29th-30th, takes Austin Peay State University to the Scenic City for the first time this century. Then the Govs end the regular season as they usually do, with a trip across the border for the Murray State-hosted Jan Weaver Invitational.

“Each of our student-athletes have made improvements [during the break],” Combs said. “They are all anxious to show those improvements when the time comes to compete for an OVC Championship.”

The 2021 Ohio Valley Conference Women’s Golf Championships are scheduled for April 18th-20th in Owens Crossroads, Alabama. For the first time since 2017, the event will be held on the Robert Trent Jones Golf Trail stop at Hampton Cove.