HomeNewsAAA provides Safety Tips for Drivers, Pedestrians, Bicyclists for Back to School
News 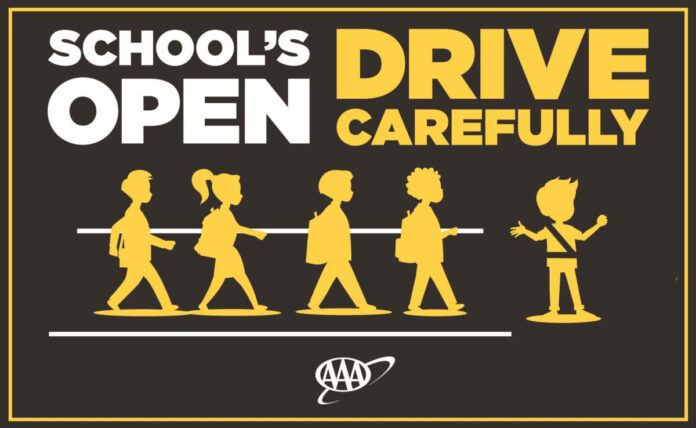 Nashville, TN – Tennessee roads are about to get more crowded – and hazardous – as millions of students and teachers return to school.

This time of year is particularly dangerous due to the combination of young inexperienced drivers, pedestrians and bicyclists who will all share the road in the early morning and afternoon hours.

“We realize that school zones and bus stops can be a risky and dangerous place for children and that’s why the AAA School’s Open – Drive Carefully awareness campaign was created,” said Stephanie Milani, Tennessee Public Affairs Director, AAA – The Auto Club Group. “Our goal is to educate and remind drivers of the need to curb unsafe driving behaviors, slow down and stay alert in areas where children may be present.”

A new survey from AAA reveals that many drivers admit to risky behaviors like speeding and using their handheld mobile phone while driving through a school zone.

According to a new survey of Tennessee drivers:

“When driving through a school zone, it’s extremely important that you lower your speed and raise your awareness to ensure you can respond to any potential hazards on the roadway,” Cooper continued. “Remember, in Tennessee it is illegal to use your handheld mobile device while driving through an active school zone.”


For Students at the Bus Stop 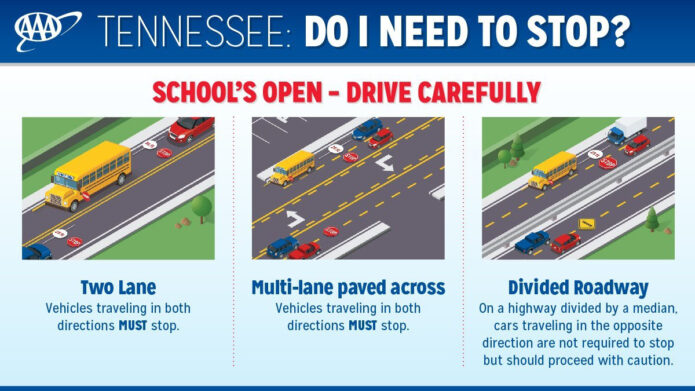 Motorists are required to stop when approaching a school bus that is stopped with its red lights flashing and STOP arms extended. The only exception is on a divided highway with a raised divider. Here is an explanation of the laws:

A recently enacted law in Tennessee increases the maximum fine from $50.00 to $200.00 for first-time violators caught by school bus cameras not stopping when the school bus is loading and unloading children.

The Auto Club Group (ACG) is the second largest AAA club in North America with more than 13 million members across 14 U.S. states, the province of Quebec and two U.S. territories.