Clarksville, TN – After opening the season with two trips to the eastern time zone, the Austin Peay State University volleyball team will stick closer to home by traveling the 60 miles north to compete in the Holiday Inn-University Plaza Invitational, Friday-Saturday, hosted by Western Kentucky at E.A. Diddle Arena.

The Governors will open the tournament with matches against Northern Kentucky and Toledo before facing nationally-ranked host Western Kentucky.

Northern Kentucky picked up its season’s first victory last weekend against DePaul at the Bowling Green Invitational in Ohio. Toledo opened the season with an impressive 3-0 start for a tournament win at Arizona State but went 1-2 at last weekend’s tournament hosted by Michigan. Meanwhile, No. 21 WKU has swept each of its first two weekend tournaments with its lone loss coming in a midweek outing against then No. 3 Louisville. 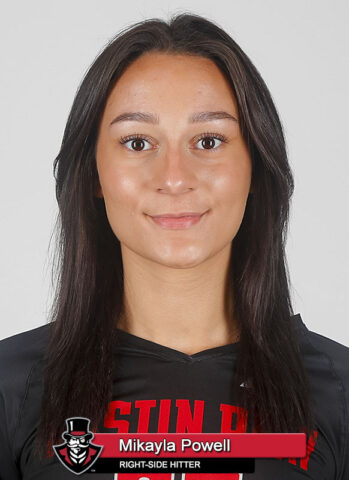 Right-side hitter Mikayla Powell was a First Team All-Ohio Valley Conference selection in 2021 after notching 317 kills (2.60 per set) at a .313 attack rate that was second among the OVC’s hitters and fifth-best in program history.

Powell made the most of her trip to Tallahassee, recording her first 20-kill performance as a Governor (21 kills at Florida A&M) and going errorless (14-0-35) at Florida State.

The Govs’ right side is by far its most experienced spot with Powell (122 sets), Tegan Seyring (55 sets), and Marlayna Bullington (44 sets) returning. The Govs added freshman Jamie Seward to help secure the future. 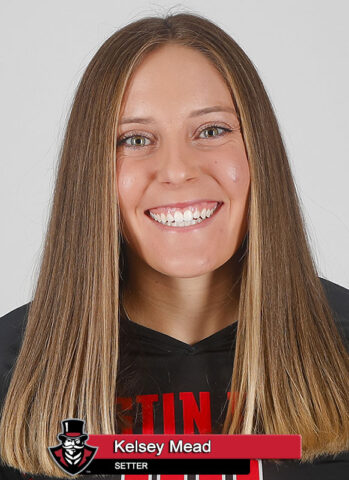 Kelsey Mead and Janvier Buggs have teamed up at setter this season, the fourth-consecutive year the Govs have used a setting tandem. Mead has averaged a team-best 5.52 assists per set while Buggs has chipped in 3.62 per set.

Maggie Keenan and Jaida Clark each have 13 blocks (0.62/set) at the middle blocker spot this season. Both Keenan and Clark enjoyed their season-best outing at Clemson with Keenan posting six blocks and Clark five.

Erin Eisenhart has picked up where she left off last season, averaging 3.81 digs per set at the libero spot. That follows a 2021 campaign that saw her average 3.49 digs per set. 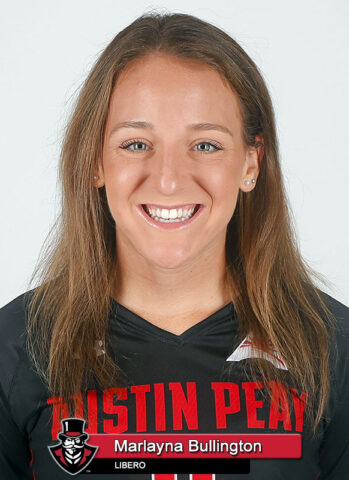 Marlayna Bullington has a pair of double-digit kill outings to her credit during the season’s first two weeks, including 11 kills at Florida A&M last weekend.

She’s also been the APSU Govs No. 2 defender in the back row, amassing 3.00 digs per set.