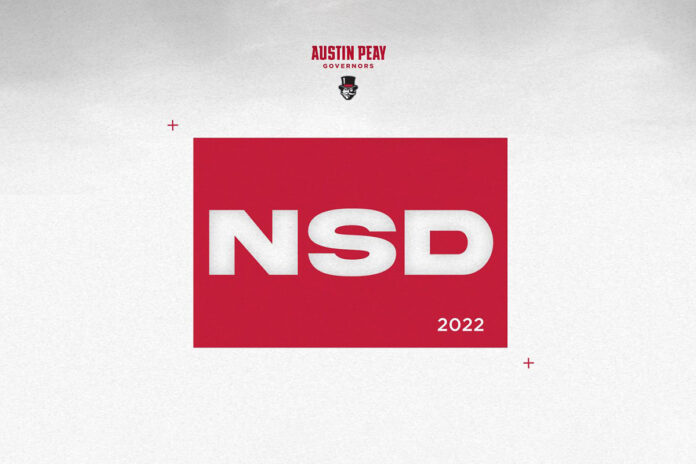 
“We are excited about our 2023 signing class and can’t wait to get them on campus,” Stanfill said. “Not only are they an athletic bunch with competitive spirits, but they are also a group who will take care of business in the classroom and take pride in wearing the Governor uniform. We would like to welcome each athlete and their families to the Govs family. One family. One goal.”

As a junior, was a Tennessee Gatorade Player of the Year Nominee, along with being selected First Team All-State, all-region, and all-district after posting a .463 batting average, with 20 doubles, two triples and a state-leading 21 home runs among her 75 total hits. Also drove in 91 runs and scored 62 times.

As a sophomore, selected First Team All-State, all-region, and all-district after finishing the 2021 season batting .448, including 65 hits, 15 doubles, and 13 home runs to go with 42 runs scored and 53 RBIs.

Starter for a Kingsmen squad that has won three-straight conference, regional, and sectional championships, finishing in the state’s Class 6A final four in 2022.

Starting catcher that helped lead the Cardinals to their first state tournament appearance in five years in 2022, winning district, region, and substate championships along the way.

As a junior, batted .444, with 40 hits, including seven doubles, a triple, and 13 home runs, while posting a .977 slugging percentage and a .532 on-base percentage. Also scored 45 runs and drove in 37, while stealing 17 bases, earning First Team All-State honors, along with being named district MVP, all-tournament team selection, and all-metro team.

As a sophomore, named First-Team All-State, district MVP, all-district, and all-metro selections after posting a .439 batting average, with 36 hits, including seven doubles, four triples and 1 home runs, while scoring 36 runs, driving in 40, and stealing 12 bases.

A left-handed pitcher for the Lady Patriots, who took the District 14-AAA regular season title in 2022, while finishing runner-up in the 14-AAA tournament.

As a junior was named to the District 14-AAA all-tournament team while posting a 3.20 ERA in 13 games during the regular season, as the Lady Patriots finished the season 17-11-1 overall. Was also selected as the Heisman High School Scholarship winner for Henry County High School.

A 4.0 grade-point average student, she is also enrolled in dual courses through Jackson State Community College, where she also holds a 4.0 GPA.

An infielder who can hit for power and average, finished her junior season batting .650, with 15 home runs for the Tigers. Named to the Tennessee Softball Coaches Association First Team All-State Team in Class 2A, while also earning all-district and all-tournament team honors.