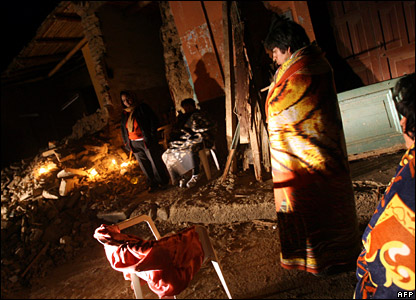 UPDATE (8:18 a.m.): With new data and information coming in by the minute, we now know that the death toll in Peru has climbed to 337, with nearly 1500 injuries reported and ever worsening news still coming in from the outlying areas of the rural and the adjacent rural communities. The city infrastructure is a mix of new architecture and old buildings, some still damaged from prior quakes over a decade ago. The outer areas are dominated by one story clay block buildings without the structural supports characterizing buildings in more modern communities. It is also winter in Peru, and these seaside communities frequently drop to the 30s and 40s overnight.

In 2001, in the areas outside Lima, traffic lines were still being painted by workers with paintbrushes in hand, carrying buckets of pains with them as they moved down the streets and roads loading to the mountains. Rural road construction crews were still shoveling excavated material into large dump trucks with old-fashioned shovels for $50 a truckload, split among the workers.

As Peruvians tend their wounded and grieve for lost loved ones, the process of restoration and rebuilding is still down the road; for now, we hope that the human toll has peaked and the expected aftershocks will not create any additional major damage. Just as the people of Peru helped thousands of foreign travelers including Americans stranded for weeks in the immediate aftermath of 9-11, we should be supportive of them as they wade through the rubble of this new disaster, for which recovery will take years. 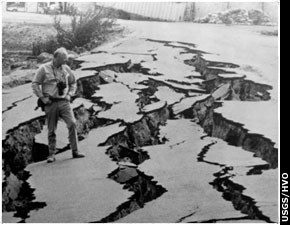 Lima’s historical sectors sustained damage, as did many of the heavily populated residential communities such as Miraflores, and pleas for assistance have been issued by Peruvian President Alan Garcia. The communities of Canete, Chincha and Ica have been declared a disaster area and are operating under a state of emergency. The economy of Peru, and cities such as Lima, heavily target a growing tourist and eco-travel industry, and this disaster will have far-reaching effects since Lima is the primary entry point for travelers entering the country.

Ever hopeful of a return trip to the urban and jungle landscapes of Peru, I listened intently to the news of a 7.9 earthquake rocking the coastal city of Lima Wednesday. The quake came on the heels of major quakes in Hawaii, Spain and Indonesia earlier this week. At least 17 people died in the Lima quake, with nearly a hundred more injured, and thousands of people remain emotionally shaken, stranded, homeless, and standing in the open air, wondering not only when the shaking would stop, but when and where and how often the aftershocks would strike. 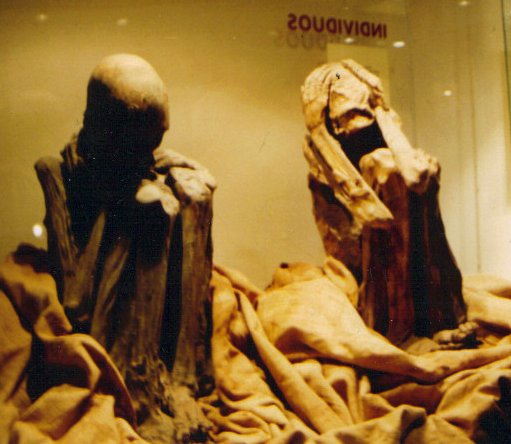 Artifacts, such as the Incan mummies seen at right, were housed in the former home of Francisco Pizzaro, now a museum, still curled in their fetal burial form, false teeth of rose quartz and gold glimpsed along the jawbone. Having lived centuries ago in the seismically active Pacific ring on the Nazca and South American plates, they almost seem to be saying, “no, not again” to this latest Peruvian temblor.

Citizens of Lima and the surrounding villages and towns were terrified by the quake, which lasted two minutes. People tumbled out of their homes and businesses, taking shelter in the wider spaces of the street, away from fragile buildings. Tsunami warnings were issued but later discontinued.

Earlier this week in Hawaii, a 5.3 quake rattled Hawaii’s Big Island city of Hilo even as residents were preparing for the double whammy that would come with the wild winds and rain of Hurricane Flossie. A 7.5 quake then hit Jakarta, Indonesia, while the area near Madrid Spain shook under a 5.1. The tectonic plates are active.

I was in Lima in 2001, and witness the remains, the scarring wreckage of their last big quake in the 1990s: structures half crumbled, people still living in whatever was left of their buildings. From the vantage point of my modest hotel room, it was not uncommon to look out and down to see pancaked roofs being used as patios, with clotheslines strung from crumbled roof lines to utility poles and back, crisp white sheets floating in the wreckage and the Pacific breezes.

Huge limestone cliffs edge the city, and it’s a long way down from the unfenced edges to the narrow strip of road and beach that skirts the water’s edge and circumnavigates the western side of the city. A large multi-story mall is built deep into the cliff, offering a unique location for shopping, a tremendous vantage point for photography, and the shaky feeling that the eroding, crumbling hillside could let go at any time — mall and all. The locals don’t seem to worry about it; as for the rest of us — it’s a passing thought.

Lima is a magical city, a mix of restored historic sites to attract a burgeoning tourism industry, lots of crumbling architecture, amazing parks with an enormous and risque sculpture called The Lovers dominating the skyline, modern urban neighborhoods with gated courtyards and colorful stucco houses, narrow streets where all the world’s old Volkswagons and Chevy’s (circa the 60s) are choking out their last gasps, where traffic lights are meaningless, pedestrians irrelevant and the suicide lane is where you get to park your car before you step into speeding traffic to cross the street. It was an adventure. 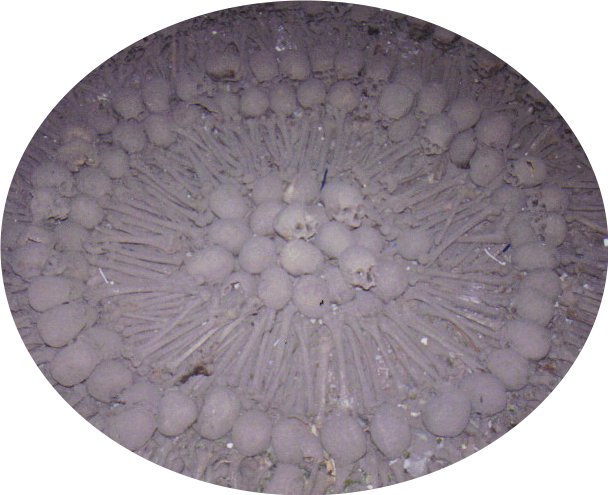 Among the buildings that rocked and rolled Wednesday was the Gold Museum, with its Incan and Spanish artifacts and mummies, and a networks of tunnels — catacombs — that snake under the city from church to church. Some 400 years ago, over 25,000 Peruvians died from a flu-like illness that ravaged the region; their bones were buried in these catacombs, then plundered and scattered, only to be collected and displayed in stone bins underground. I walked through the tunnels, past piles of femurs, radial, ulnas, and myriad other collections of bones that had been to scattered to be reassembled as individual skeletons. In a deep, round well, a carefully orchestrated kaleidescope of skulls and long bones rested quietly, with other skulls peering out from small niches built into the walls. The last earthquake rattled the bones, collapsed some tunnels; I can only wonder what remains undamaged and still accessible in this fantastic underground labyrinth. I am glad I braved the darkness and the spiders, the roughly carved floors and low ceilings, to see it once.

I wonder if my favorite restaurant, Rosa Nautica, is still perched on its pier, the crests of Pacific waves rolling underneath the dining room as musicians played Incan music on traditional instruments. It was a unique but physically shaky five star experience, too easily able to slip into the sea with help from a 7.9. Many people were employed there, and in the shops along its L-shaped pier.

I wondered if the American proprietor of the small and quaint Manhattan Inn, complete with James Dean, King Kong and Marilyn Monroe posters, still has a kitchen, or if the plaster walls are cracked and crumbling. If she is a survivor.

I wonder if the two-story plate glass windows of the Chavez Airport, where I lived for many days, stranded after September 11th, had any cracks.

I took out my albums tonight, flipped the pages, looked at the photos and read my journal entries, thinking about this marvelous city and its amazing people, how I sank into their language and culture and was so accepted. I hope that they will receive as much help recovering as they gave to us in those days following our 9-11 crisis. And much, much more.

I thought of my friend, Carlos, whose mother lives in Madrid, and hoped the shaking and quaking there did not affect her.

And in the back of mind is the thought that with so many volcanoes are coming to life around the world, so many quakes (small and large) seeming to follow each other in waves, how long will it be before our own fault line decides to play a little havoc on the Midwest and the South. The New Madrid fault near Memphis has the potential to disrupt life as we know for hundreds of miles in any direction if something as large as a 7.9 were to strike there. It’s something our EMS people prepare for, but we haven’t seemed to need. Yet.

I am hoping the friends I left in Lima are safe and well.