Lost in the Telling…

We make sense of our lives by telling ourselves stories. The stories explain our role in life and coach our behavior and expectations. They give coherence and meaning to the events that engulf our lives. Stories have great power, because if we truly believe them, they can shape our future. 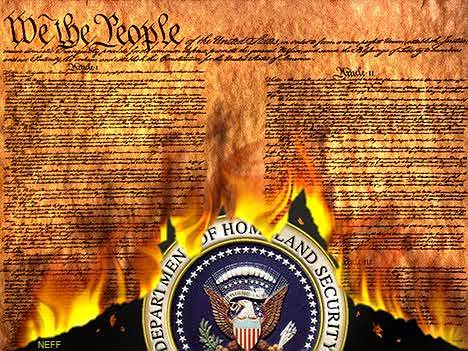 Political leaders are well aware of the power of stories. They manipulate people by trying to control the story, to force the narrative into the channel they desire. Through modern techniques of psychological manipulation and mind control they have become very good at managing the populace. That has never been more true than today, when the American people seem to have turned over their fate to the Bush regime in Washington.

The motivating force in the strong daddy story is fear. As innocent, helpless children, we cannot defend ourselves against the malevolent evil. We can only flee to the beneficent strong daddy for protection. We must choose between the good and the evil, which is portrayed in absolute terms: the evil is all evil and the good is completely good. To doubt the strong daddy in any way is a betrayal of the good and a triumph for evil.

I believe that this is the current story being played out in America today. It helps explain the vitriol poured upon those who dare question the motives or policies of the president. It explains also the seeming paralysis of people, who know something is very wrong, but can’t seem to do anything about it (helpless children). It explains the need for periodic fixes of fear designed to insure continued addiction.

A darker vision, a more sinister tale, has come to haunt me. I feel as though I were living through some of those 50’s and 60′ s sci-fi movies that used to scare and thrill me. The movies where everyone and everything seemed to be normal?, but there was a sense of underlying dread and unreality. I think of Invasion of the Body Snatchers? as alien invaders insidiously usurp the bodies and minds of people. They still look and act the same, but not quite. Or, again, The Village of the Damned?, where the children of the village have been transformed by an unknown, malevolent force into unfeeling automatons.

The sci-fi movies of that era are generally regarded as symbolic representations of the communist menace, which, it was claimed, subverted men’s (and women’s) souls to the will of the party. The individual ceased to exist and the state became all. I remember that era well. Remember reading about how horrible the Soviet Union was, were there was no individual freedom. Where the state spied upon its citizens. Where you were not allowed to speak out against the state. Where people would be taken in the middle of the night and thrown into secret prisons. And tortured. And killed. I remember thinking how terrible this was. I remember being grateful that I lived in a country that celebrated human freedom and expression.

But in the past few years I increasingly feel as if I am trapped in some kind of time warp, where fiction has become reality. People continue to act as though everything is normal, despite some really weird things happening. They talk about freedom, even as the president and the congress shreds the Constitution and Bill of Rights. Gone is the right to security of your own home: the FBI can search your home anytime it wants without having to notify you. Gone is your right to privacy: the president claims the right to wiretap you anytime and any where he pleases. Gone are your legal rights: habeus corpus, bedrock of the law for centuries, is no longer. Gone are your rights of citizenship: the president can declare you an enemy combatant and snatch you off the streets and disappear you, apparently forever. Can someone please tell me when we became the Soviet Union? 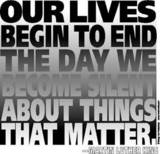 Of course, if the picture of present reality as I have painted it is true, I am left with explaining why so few people get it?. This is where we return to the strong daddy story. Most people have bought so strongly into that narrative that they must ignore evidence to the contrary. They want so much to believe in it that they are unable to allow that evidence to penetrate awareness. They mutter the mantra USA! USA! USA!? while continuing to believe in the goodness of their leaders.

Somewhere in the back of my mind I hear the theme music and Rod Sterling’s voice: You are entering the Twilight Zone!