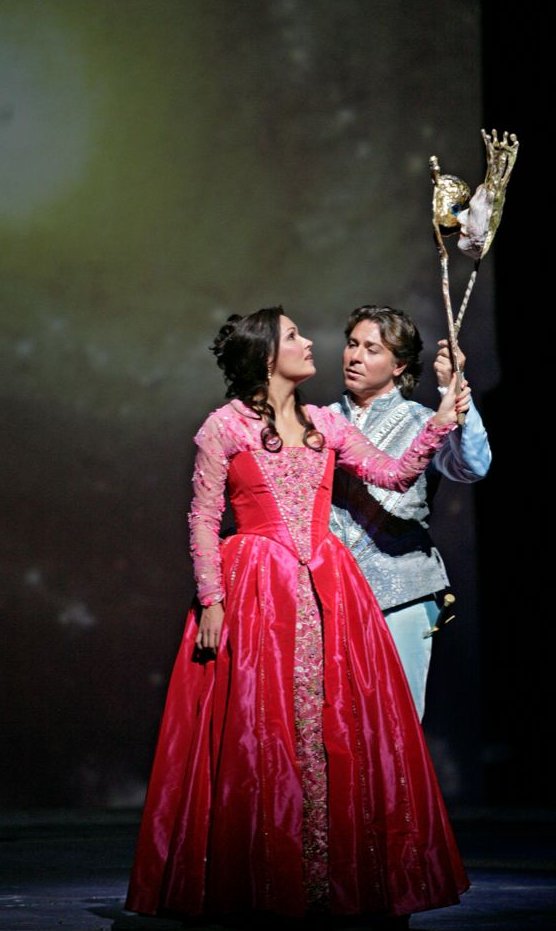 Alagna is Romeo of the Montagues, enchanted at first sight with the lovely Juliet (Netrebko) of the Capulets, caring not that their families exist in a state of hatred. Youth, beauty and passion rule, and the innocence of their newfound love must scale more than the balcony rail in pursuit of happiness beyond a feud not of their making.

From the tentative steps of a first dance to the sensual nuance of first love, the audience is drawn into a carefully spun web of intrigue and tragedy. The world knows and loves the story; this transcendent adaptation adds a new dimension to a treasured classic.

The Metropolitan Opera’s merger of classic opera and modern technology continues to introduce the majesty and the magic of opera to a new and growing generation of fans, building a global audience entranced with this blend of the visual and the auditory. The scale of these broadcasts is akin to a orchestra center seat at the Met; the next best thing to being there. The 07-08 season has been expanded to eight productions, up from six last year.

Tickets are $22 per adult, $20 for seniors and $18 for children and a few are still available for this performance through the Met Website or by calling Green Hills 1-800-326-3264 or Opryland Theaters 615-514-3461. The performance runs three hours and thirty minutes. Encore performances are scheduled at many theaters (usually but not always on Sunday); check with your local theater for details.

The series will continue in 2008 with the January 1 production of Humperdinck’s Hansel and Gretel, followed by Verdi’s MacBeth (Shakespeare) on January 12, Puccini’s Manon Lescault on Feb. 16, a new production of Britten’s Peter Grimes on March 15, Wagner’s Tristan and Isolde on march 22, Puccini’s La Boheme on April 5, and Donizetti’s La Fille du Regiment on April 26.

Editor’s Note: Clarksville Online will be reviewing this production.