NAACP Opposes Nursing Home bill as an injustice to seniors

Jackson, TN – The Tennessee State Conference NAACP today voiced its strong opposition to HB4053/SB4075, proposed legislation that strips nursing home residents of their rights to seek justice against abuse and neglect. The legislation comes at a time when the quality of care in Tennessee nursing homes is at a record low and the profits of nursing home operators continue to soar.

Gloria Sweet-Love, NAACP State President, said the organization is urging state legislators to reject the legislation, which is being backed by the billion-dollar nursing home industry in an attempt to protect its profits. NAACP members are contacting members of the General Assembly to inform them of the gross injustice this legislation imposes on nursing home residents who are often poor, infirm and have no one to defend them. 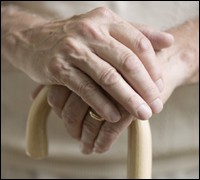 The NAACP joins several other statewide groups, including AARP, Tennessee Association for Justice, Tennessee Citizen Action, and Centers for Independent Living, in opposition to HB4053/SB4075. “This legislation is a slap in the face to some of the weakest members of our society, and the NAACP is bitterly opposed to it,” said Sweet-Love. “Our parents and grandparents stood up for our rights and now we must stand up for theirs. The nursing home industry is demonstrating how far it will go to protect itself, even if it means stomping on the dignity of the people it should be helping.”

Sweet-Love said the legislation is particularly concerning given the appalling state of nursing home care in Tennessee. In 2007, nursing home violations and admission suspensions were at an all time high in the state, more than double the year before. State Health Department inspectors found 152 health and safety violations that put Tennessee nursing home residents in “immediate jeopardy” of injury or death. Rather than improving care, the industry is seeking unprecedented protection from victims seeking justice. The legislation, sponsored by Sen. Jim Tracy (R-Shelbyville) and Rep. Randy Rinks (D-Savannah), would force incoming nursing home residents to sign arbitration agreements prior to admission and place an arbitrary cap on non-economic damages.

The industry and its lobbyists shamelessly named the legislation the “Nursing Home Patient Protection Act of 2008” in a seeming attempt to mislead legislators and constituents about the true nature of the bill. In actuality, the legislation does nothing to address quality of care for nursing home residents, but rather seeks only to protect the nursing homes themselves. Though allegedly modeled on legislation of other states, it does not propose increases in staffing levels, training, inspections or other quality of care monitors as other states have.

“The nursing home industry’s efforts to deny the rights of society’s most vulnerable human beings is self serving, profit driven and despicable,” said Sweet-Love. “We strongly urge members of the General Assembly to protect the rights of our elderly and disabled citizens and ensure that everyone has equal rights under the law.” The bill is currently working its way through the House and Senate Judiciary Committees, with a hearing scheduled for Tuesday, March 25 at Noon in the House Civil Practice and Procedure sub-committee.

Founded in 1909, the NAACP is the nation’s oldest and largest civil rights organization. Its members throughout the United States and the world are the premier advocates for civil rights in their communities, conducting voter mobilization and monitoring equal opportunity in the public and private sectors.

Jimmie Garland, Sr.http://www.freewebs.com/jimmiegarland/
I am a civil right activist/Advocate. I currently serve as the President of the Clarksville Branch of the NAACP. I am also the Tennessee State Conference of the NAACP 2nd Vice President. I am an elder of my church, True Vine WGC, and the Vice President of Big Brother Big Sisters of Clarksville. Have represented the CMCSS District 5, As Schoolboard Representative.
RELATED ARTICLES
News