In 2007, the Legal Aid Society helped more than 7,000 Middle Tennesseans find justice when they had nowhere else to turn. As a result, women were protected from abusive husbands, people still had roofs over their heads and the sick got the medical care they needed, among the many other benefits received by Middle Tennessee’s most vulnerable citizens. Like the miracle of the loaves and fishes, the Legal Aid Society was able to make a little go a long way in meeting these needs – basically delivering $2 in benefits for every $1 it received. The $5,761,160 it spent in 2007 generated $11,096,830 in benefits.

“Thanks to an incredibly committed staff and outstanding volunteer efforts by private attorneys in the communities we serve, we were able to make very efficient use of our funds in 2007 to serve the maximum number of people. It gives you a good feeling to look back on how the Middle Tennessee community really made a difference in 2007.” 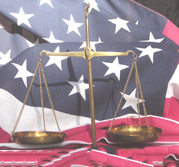 Good stewardship is just one aspect of the Legal Aid Society’s success in 2007. It was also immensely effective – 97 percent of the cases it closed last year had a positive outcome. This measure of effectiveness is among many others included in the organization’s recently released 2007 annual report.

A copy of the report is available at any of the Legal Aid Society’s eight offices throughout Middle Tennessee and on its website (www.las.org). The Clarksville Office serves Montgomery, Houston, Stewart, Robertson and Dickson Counties. It is located at 120 Franklin Street, 931-552-6656. In addition to summing up the monetary and non-monetary benefits received by the Legal Aid Society clients, the report chronicles several key cases the state’s largest non-profit law firm successfully undertook in 2007 – ranging from savings a couple’s home, to rescuing an elderly woman from financial exploitation, to helping a young mother conquer domestic violence.

In total, in 2007, the Legal Aid Society clients received more than $4,390,000 in direct financial benefits as a result of services provided by the organization, including

“This is a total of over $11 million in benefits to the people we serve. However, we measure our success not just in dollars, but also in the difference we make in the lives of low income Middle Tennesseans. We provide services for people who are incredibly vulnerable, such as victims of abuse, the sick and elderly and people with disabilities. Without our services, these people would have nowhere to turn.” –

Included among the non-monetary benefits were: