HomeNewsFinding the world in the pages of a book
News

Finding the world in the pages of a book

Some time ago, three generations of my family, myself included, some of us costumed to honor favored characters, stormed the bookstores for the midnight release of the final Harry Potter novel, Harry Potter and The Deathly Hallows. My granddaughter, in her Harry Potter Sorting Hat, and a friend stood guard at the shop’s storeroom door hoping for glimpse of,  … Oh my! Can it be? A book! Not a rock star. Not a movie idol. A BOOK.

Granted it was a big book. A special book. It was a book with all the answers to all the questions derived from the first six books in the series. Thus, somewhere around 2 a.m., five copies of the pre-ordered book in our house — everyone wanted “my own” copy, and we could not all read the same book at the same time.

J.K. Rowling, with her first scrawled story, got an entire generation of children to read books. Not read…devour, with an insatiable hunger for more. 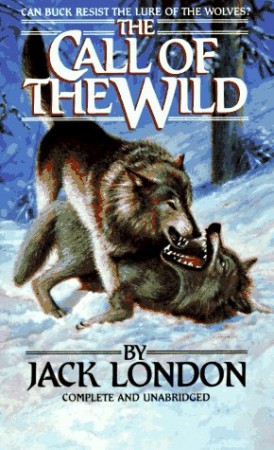 I couldn’t help but remember years ago, when my daughter was little, how we always had books, and how a friend of mine was concerned about her young son’s disinterest in and difficulty with reading. The solution came in the form of comic book and a few heavily illustrated magazines on a subject he was engrossed in. Okay, he looked more at the photos in the beginning, but then he developed a craving to know what the printed words said.

Peak his interest first, I counseled. We can develop a bit more quality as we go along.

When my grandson was less than enthusiastic about books during the time I home schooled him, I used a similar strategy; he loved Jack London’s Call of the Wild, and that was my cue. I also developed an extensive list of “boy books” for a young teenager. The deal was, he had to read one of mine, and write a book report about it. Then he could pick a book, any book, any subject, from the library, read it and do a small book report on that. The freedom to choose was the impetus he needed. 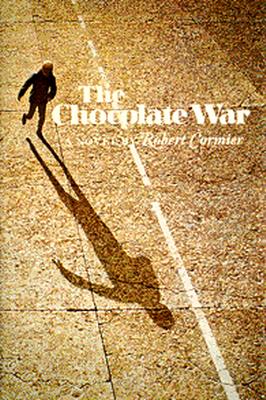 I had him read Robert Cormier’s The Chocolate War, and I found a few adventure/creature stories by several authors he now craves. Buy one of those author’s book, new or used, and the entire 400-500 pages is done in a week. The concept of exploring new authors and genre’s has been planted, successfully.

What amuses me is the fact that many of the books on my “teen lest” are those “dangerous” banned books.

I tell my grandson to read them just to find out what the censors don’t want him to know. After all, a little knowledge is a dangerous thing (for them). For the rest of us, well, we just can’t get to the bookstore fast enough.

I like to think they get their love of reading from me. Growing up, my family lived in a four room house, very big rooms, but only two bedrooms. At a certain age, my dad partioned one bedroom; my brother and I would each get half. As the eldest, I got first dibs. I left the room with the heat (a radiator for those New England winters) for him and chose the room with a cubby and a large closet, not for clothes hanging space, but for the ceiling to floor bookshelves I had my dad install along each wall. The simple act of taking stacked books from the floor, the windowsill and under my bed, filled two walls on that very first day. The lack of heat in that room was remedied with the purchase of an electric blanket.

My daughter always had books, and continues to forage for them at bookstores, thrift stores and yard sales. My “new baby” gifts for friends was always a collection of fairy tales or nursery rhymes; giving a child that first book became a trademark with me.

A dear friend of mine never really understood my addiction to the printed word. It wasn’t until tragedy wrapped itself around him, and he found that a book would make the time pass, could make the day brighter, could change his view of the world, that he began reading. “What took me so long,” he asked me, bemoaning the fact that there were so many books and so little time.

I tell Rochelle and her brother, Bobby, that this love of books is a “genetic thing,” that it is “all my fault,” passed on to them through their mother, from me. My other granddaughter, doesn’t care books, but has my “theater” and “arts” gene, and that’s fine too. I tell her about the time I took her mother, as the tender age of nine, to see “Equus” at the Williston Academy in Massachusetts. Viewing that play led to tremendous discussion on myriad subjects and helped instill a love of theater in her. It parallels the relationship we have with books; I can’t imagine our lives without books, without the arts and theater in all its forms.

Each year, when the American Library Association celebrates Banned Books Week, I make it a point to read a banned book (but it’s hard to find one since I’ve read most  on the list). I not only read Maya Angelou, for example, I stood at the back of a packed hall to hear her speak; on that night the program was delayed long enough to pipe the sound outside to a throng of 5,000 people who stood in the cold, waiting, wanting to hear her words and her readings. Of Mice and Men and all the Steinbeck works impressed me so much that when in California, I had my picture taken on the real “Cannery Row.”

At one point my daughter and had some 3,000 books, a number that was rudely edited by our house fire a few years ago. We have an ongoing search to replace old favorites, though the first editions and the autographed copies are, sadly, gone. We are slowly biulding back that personal library.

When I look at the passion and the relationship my family has with books, I smile. Books are not just paper and cloth covers or leather bindings, or the inexpesive newsprint paperbacks. Books, at least in my family, are friends. Best friends.