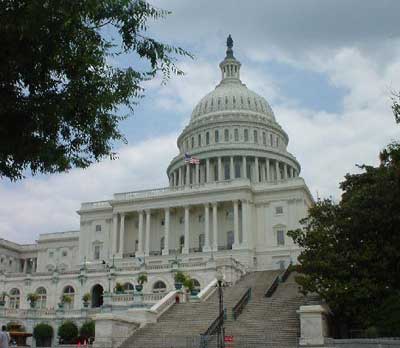 I awoke this morning from a dream, knowing that in a matter of hours I would be witness to a dream.

As President-elect Barack Obama takes the oath of office for the United States presidency, I find myself holding my breath, hardly able to believe that this reality. I find myself filled with pride.

I have no great expectations that he will be able to effect change, to immediately solve our country’s woes: I am a realist and the problems we face as a nation will take not months but years, possibly terms, to resolve and set right. I am ready for that.

I took time, though, to reflect on my personal history, remembering how the marches in Alabama and in Washington D.C. played out on that black and screen with the rounded edges, back in the 60s in the parlor of my blue-collar working class home.  I’d watched the dream of the Kennedy election and the horror of his assassination, I followed the civil rights movement, listened to the “I have a Dream” speech, and was caught up — I believe righteously so — in the passion and fervor of those times. I was part of the peace movement then, staunchly  anti-war and pro-human and civil rights. Nothing’s changed.

Some years later I made one of many visits to the Norman Rockwell museum, fascinated by the charm and innocence of Rockwell’s earlier, but moved to tears by the political passion of works such as the classic “The Four Freedoms,” and by another painting, “The Problem We All Live With,” Rockwell’s  classic political statement showing a pigtailed young girl in a white dress being led to school by United States Marshalls.

I watched the 2008 election process unfold, watched an educated young black man orchestrate a technology-based campaign with a style, grace, intelligence, reason and concern for the future of the country, ultimately winning the election because his message resonated with everyday Americans. He came from a background not unlike mine: little money, a lot of efffort to educate himself, a commitment to community and family, a belief in social justice. A desire to serve.

Sunday (1/18/09) night I watched the Concert for Obama at the Lincoln Memorial, a place I have visited many times by day and night, just as I have spent hours in the Berkshire (Stockbridge, MA) studio of Daniel Chester French, the creator of this Lincoln figure … a studio with scale and proportion models of hands, face,  all the elements of this masterful work. On Sunday night, I watched Obama speak about his dream for America with the image if Lincoln behind him  and the Washington Mall, overflowing with listeners, before him, a crowd not unlike those who came to Washington with Martin Luther King Jr. for that 1960s “Dream” speech.

Today, in a matter of hours,  I will step away my role as a journalist for a while, and simply be an American watching history unfold in the form of  Obama taking the oath of office as our President. President Obama. I want to savor this piece of history before I return to the realm of correspondent, of commentator.

I want to watch the dream become reality. It’s been a long time coming.