NEW YORK – The Transportation Security Administration (TSA) is subjecting innocent Americans to unreasonable searches and detentions that violate the Constitution, according to a lawsuit filed today by the American Civil Liberties Union. The ACLU filed the complaint on behalf of a traveler who was illegally detained and harassed by TSA agents at the airport for carrying approximately $4,700 in cash.

“Airport searches are the most common encounters between Americans and law enforcement agents. That’s why it is so important for TSA agents to do the job they were trained to do and not engage in fishing expeditions that do nothing to promote flight safety,” said Ben Wizner, a staff attorney with the ACLU National Security Project. “It is, of course, very important to ensure the safety of flights and keep illegal weapons and explosives off planes. But allowing TSA screeners to conduct general purpose law enforcement searches violates the Constitution while diverting limited resources from TSA’s core mission of protecting safety. For the sake of public safety and constitutional values, these unlawful searches should stop.” 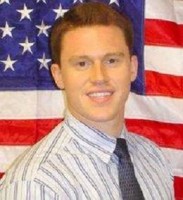 On March 29, 2009, Steven Bierfeldt was detained in a small room at Lambert-St. Louis International Airport and interrogated by TSA officials for nearly half an hour after he passed a metal box containing cash through a security checkpoint X-ray machine. Bierfeldt was carrying the cash in connection with his duties as the Director of Development for the Campaign for Liberty, a political organization that grew out of Congressman Ron Paul’s presidential campaign.

Bierfeldt was detained and questioned as he returned home from a Campaign for Liberty event transporting proceeds from the sale of tickets, t-shirts, stickers and campaign material. Bierfeldt repeatedly asked the agents to explain the scope of their authority to detain and interrogate him and received no explanation. Instead, the agents escalated the threatening tone of their questions and ultimately told Bierfeldt that he was being placed under arrest. Bierfeldt recorded the audio of the entire incident with his iPhone.

Listen to the audio recording of Bierfeldt’s detention here:

“I do not believe I should give up my constitutional rights each time I choose to travel by plane. I was doing nothing illegal or suspicious, yet I was treated like a potential criminal and harassed for no reason,” said Bierfeldt. “Most Americans would be surprised to learn that TSA considers simply carrying cash to be a basis for detention and questioning. I hope the court makes clear that my detention by TSA agents was unconstitutional and stops TSA from engaging in these unlawful searches and arrests. I do not want another innocent American to have to endure what I went through.”

“Mr. Bierfeldt’s experience represents a troubling pattern of TSA attempting to transform its valid but limited search authority into a license to invade people’s privacy in a manner that would never be accepted outside the airport context,” said Larry Schwartztol, a staff attorney with the ACLU National Security Project. “Just as the Constitution prevents the police on the street from conducting freewheeling searches in the hopes of uncovering wrongdoing, it protects travelers from the kind of treatment Mr. Bierfeldt suffered.”

TSA officials have the authority to conduct safety-related searches for weapons and explosives. According to the ACLU’s lawsuit, TSA agents are using heightened security measures after 9/11 as an excuse to exceed their search authority and engage in unlawful searches that violate the privacy rights of passengers. The lawsuit also charges that unconstitutional searches and detention by TSA agents have become the norm.

The ACLU’s lawsuit was filed against Janet Napolitano, Secretary of the Department of Homeland Security, which has authority over TSA. It was filed in federal court in Washington, D.C.

Attorneys on the case are Wizner, Scott Michelman and Allen Hopper of the ACLU, Art Spitzer of the ACLU National Capital Area and cooperating attorney Alan Gura of Gura and Possessky, P.L.L.C.

More information about the case, including the ACLU’s complaint is available online at: http://www.aclu.org/safefree/general/39922res20090618.html