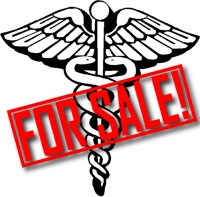 This week on the third most listened to conservative radio show, the host said the following, and I am paraphrasing here: 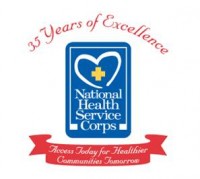 My first thought was that the use of hospitals per capita under a government provided health insurance system would be greater than the use of hospitals in a for-profit system. The logic being than a Briton can go to the hospital without having to worry about personally paying for the visit (Yes, they pay for it via a tax, but money isn’t a factor when deciding to go to the hospital). Therefore, Britons probably go to the hospital more often and by the nature of being in the hospital more often, catch staph infections, and die more often from staph infections. Americans number of death by staph infections would be suppressed by Americans not being the hospital as often as Britons. After searching the internet for statistics to support my theory, I came up empty handed. Although, I think my logic is sound, I would concede the effect of this difference is most likely nominal.

I recently read a book, “Junk Science: by D.P. Agin. It is at the Clarksville Montgomery Library on the second floor (500 Agi). Some information I learned in that book lead me to ask another question: Why is the host using the example of staph infections? Why not infant mortality rates, life expectancy data, or any other measure? It seemed to be a very specific, somewhat obscure measure to use. The World Health Organization uses dozens of specific data measures to determine the healthiness of a country. I wont rehash these here as I assume that these are well known, but I will include a link to their website. In general, we are not at the top of their list in regards to health measures.

7,000 Americans die from medication errors in hospitals annually. 106,000 Americans die from adverse side effects of prescriptions. And don’t forget the staph infection death rate of 80,000 annually. The medical profession classifies these events as “iatrogenic” deaths. Iatrogenesis is defined as “induced by physicians words or therapy.” It should also be noted that I believe these occurrences are self reported by physicians. More people die by “Iatrogenesis” in the United States than by:

Beyond at least casting doubt on the host’s reasoning, selection of a limited measure, and sheer ignorance of other more pertinent issues, this research has lead me to ask myself a question.

Everyone is aware of medical issues like strokes, diabetes, Alzheimer’s disease, and all the various forms of flu. The media is bombarding us with commercials for diabetes supplies, signs of strokes, entire televisions shows devoted to how to cope with the Alzheimer’s patients, the next scare tactic for the upcoming (but never arriving) flu pandemic… but where is the coverage on the bigger killer, the healthcare system itself. Before you read this, did you ever hear the word Iatrogenesis? If not why do you think that is?