Every Beast of the Forest is Mine

A Devotional By Brother Shepherd 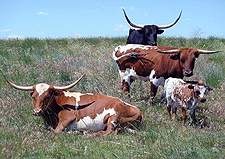 She was also the writer of several books and some Christian hymns. They were making a movie about her life and one day the movie producer called her and said they were going to have to stop the production because they had run out of money. She told him that’s no problem because my father owns the cattle on a thousand hills and he’ll just sell some cattle. Psalms 50:10 reads, “For every beast of the forest is mine, and the cattle upon a thousand hills.”

A few days later, the producer called her and said that they were starting up production because a Texas cattleman had heard about the stopping of the production and he sold some cows and invested the money in the movie.

Blanche and I are on our way to Virginia this morning and as we were driving through the hills in East Tennessee, I noticed a hillside that had several cattle grazing on it. Four things came to my mind about God. They are:

This is Bro. Shep asking you to think about this.

“If you are growing, you are going”