HomePoliticsThe Election is over, and the results are in
Politics

The Election is over, and the results are in 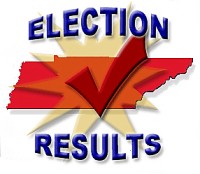 Clarksville, TN – Across Tennessee yesterday, the  voters went to the polls to elect their representatives to variety of Federal, State, and Local offices. In Montgomery County voters cast ballots for the Tennessee Governor, Two congressional seats, three Tennessee House seats,  the Clarksville City Mayor, and half of the city council seats.

In the Federal and Tennessee Governor’s Race, Republicans overwhelmingly won in Montgomery County; and across the state. Tennessee will likely be moving to to a deeper shade of red, as the strong Republican majority will control the upcoming redistricting process.

In the State races, Montgomery County voters showed confidence in their state legislative delegation, by voting to return them for another term.

Additional election coverage will be forthcoming later in the day.

Passage of this amendment would allow the citizens of this state to have the personal right to hunt and fish, subject to reasonable regulations and restrictions prescribed by law.