Clarksville, TN – A man was taken in custody a little after midnight on July 1st, 2011, for the robbery of the Heritage Bank at 3845 Trenton Road. Good old fashion Police work and assistance from the media were instrumental in developing a suspect in the bank robbery in less than 24 hours after the crime was committed.

Shortly after the media aired or published the pictures and video from the bank robbery, tips flowed into the Police Department. One of the tipsters identified the suspect, Kenneth Evan Powers facially, but also recognized that Powers did not have his false teeth in at the time of the robbery. 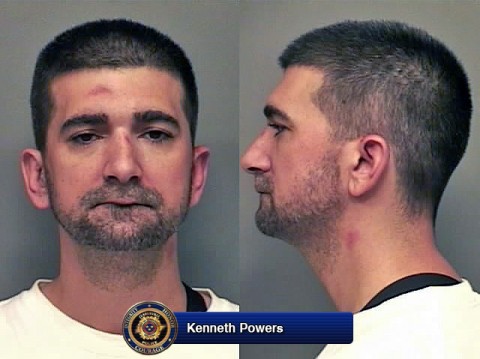 Police continued to gather evidence to provide further confirmation that Powers was the man they were looking for and Detective Rodney Lifsey took out a Robbery warrant for Powers on June 30th. Police searched in earnest to locate Powers and finally tracked him down to a trailer off of Cumberland City Road in Stewart County.

Powers has an extensive criminal history locally and also from New York, Georgia, and Wisconsin. He is also on hold in the Montgomery County Jail for a Parole Violation out of Wisconsin.

The lead investigator is Detective Rodney Lifsey. Anyone with information, call 931-645-8477.

For more on the story, see: Heritage Bank on Trenton Road Robbed