Clarksville, TN – On July 12th, around 10:30pm, a man was booked into Montgomery County Jail for a robbery and kidnapping which occurred June 14th, 2011, around 10:30pm, at the ATM at Lafayette Road and Fort Campbell Blvd.

A 35 year old man was taking out money at the ATM when he was robbed at gunpoint of $400.00 and then forced back to his vehicle where a second gunmen was waiting. The man was forced to drive to multiple ATMs under threats of being killed if he did not cooperate; they got an additional $200.00 at the other ATMs. 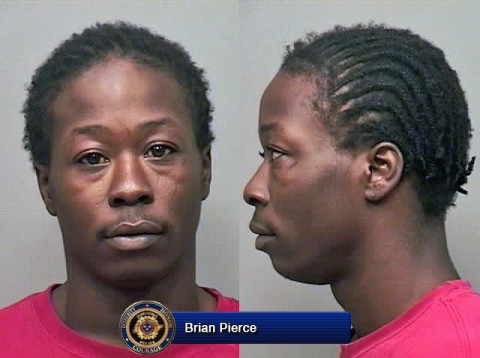 On June 24th, Detective Eric Ewing arrested and charged Dexter Dewayne Alcorn (still in jail under a $100,000 Bond). He continued his investigation and developed a second suspect, Brian Patrick Pierce and secured warrants for his arrest.

Pierce is a resident of Arkansas and was just picked up on our charges by law enforcement officers in Little Rock, Arkansas. On July 12th, he was extradited and booked into the Montgomery County Jail. Additionally, when the robbery/kidnapping was committed, both men were in Clarksville visiting friends, committed the crime, and went back to Arkansas.