When Officer Sunisa Bridgforth arrived, she was flagged down by Matthew James Robinson, 29 who had his friend and neighbor, James Michael Smith, 34, standing next to him. Smith was bleeding from the nose. 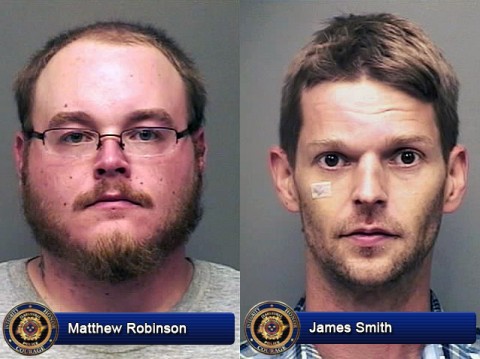 As Officer Bridgforth conducted her investigation, she discovered there were multiple players and factors involved. The altercation started over fireworks being shot in the Coyote Court neighborhood.  James Smith confronted Ronald Sumner, 21 and his 14 year old brother about shooting fireworks.

Smith was taken to the hospital, treated for facial injuries, and then booked into Montgomery County Jail.

The juvenile was issued a citation for Unlawful to Explode Fireworks.