The Weekly Market Snapshot from Frazier Allen for the week of July 30th, 2012 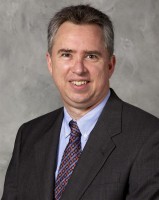 The economic data was mediocre, but the financial markets apparently had expected worse. Real GDP rose at a 1.5% annual rate, matching expectations. There were no surprises in the key components – consumer spending growth slowed and business fixed investment was positive but not especially strong. New home sales fell unexpectedly in June, but figures for the three previous months were revised higher.

Jobless claims dropped, but the weekly figures are unreliable in July (due to difficulties adjusting for summer plant retooling shutdowns in the auto industry) – the underlying trend remains moderate. Durable goods orders were mixed in June, with strength in aircraft and weakness in most other sectors.

The Fed policy implications of the economic data were unclear. The data was not strong, but may not have been weak enough to force the Fed’s hand. In their public comments, officials have generally been leaning toward doing more. At next week’s policy meeting, Federal Open Market Committee members will debate the potential benefits (QE3 would have a smaller impact than QE2) and costs (possible interference with normal market functioning) of further action.

Equity markets took encouragement from comments by ECB President Draghi, who said that “the ECB will do whatever it takes to preserve the euro.” Investors took this to mean that the ECB would likely renew its bond-buying program.

Next week, the focus is expected to be on the Fed. There’s little cost in the Fed extending its forward guidance (likely to late 2015) and QE3 (most likely in mortgage-backed securities) remains a possibility. The markets will also be interested in the economic data. The ISM Manufacturing Index (Wednesday) has market-moving potential, but the non-manufacturing data (Friday) will be overshadowed by the Employment Report. Nonfarm payrolls are expected to have risen moderately, but seasonal adjustment could generate some noise (last July, we lost 1.4 million education jobs before seasonal adjustment). The unemployment rate should hold steady and is expected to decrease only gradually over the next several months.

The information contained herein has been obtained from sources considered reliable, but we do not guarantee that the foregoing material is accurate or complete. Data source: Bloomberg, as of close of business July 26th, 2012.