Fort Campbell, KY – Approximately 24 men stood receiving a mission brief on what was to come. At this point there was no turning back; in less than 24 hours they would watch the sun rise, set, and rise again enduring a series of events designed to test their minds and bodies to the max, proving they exceed the Special Operations Forces’ attributes.

Green Berets from the 5th Special Forces Group (Airborne), also known as The Legion, exited a CH-47 Chinook helicopter at approximately 10:00am on September 11th, 2012, and parachuted directly into a water drop zone marking the beginning of their 40-plus mile journey.

Three Special Forces Operational Detachments (an 8-12 man team) representing the 2nd, 3rd and 4th Battalions participated in the competition to determine the “Best ODA” within the group. Each team was required to be team pure, meaning it had to be the team that trains and fights together, no additions or substitutions of team members.

The teams were timed at various stations to include a stress shoot, mortar emplacement, a mystery event (one-rope bridge), an obstacle course and a weapons pile test. Following each of these stations that test their knowledge and current training as a Green Beret, they would have to conduct a “commo shot,” to test their team’s communication ability from a remote or hostile environment. 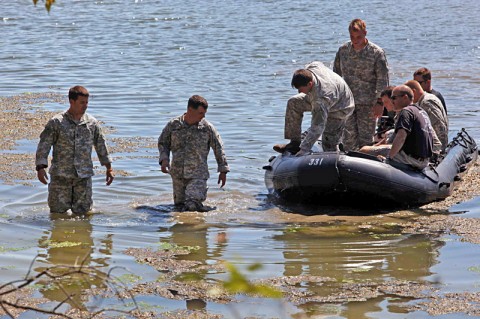 Although there were less than 10 overall events, each team conducted a movement in between. They were all more than 10 miles with a 50-pound ruck sack on their back, their weapons and any additional food or water they may need throughout their mission. Little to no sleep throughout the nearly 36-hour competition added tremendous wear on the body and mind.

As the three detachments staggered into the last station, they were greeted by members of their units. Every man walked tall regardless of the pain in their backs and stood with a smile on their face as they knew they were finished.

“Overall it was challenging and a great team building event. Nothing brings a team together more than pushing each other to the limit both physically and mentally,” stated a team sergeant from one of the competing detachments. “It was also a good opportunity to view the strengths and limitations on the detachment so both can be improved in future training events.”

Standing at the end you heard numerous Soldiers ask “when will we know who won?” This was a testament to the full effort and endless perseverance the competitors put forth for their team to not win, but earn the title of “Best ODA.” 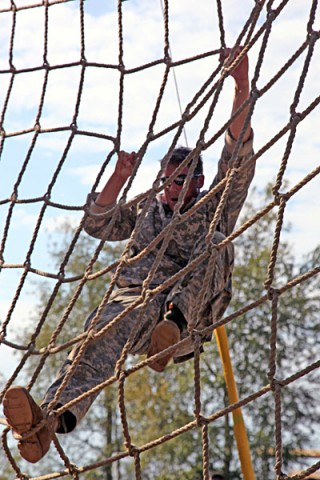 Although each detachment demonstrated exceptional effort and completed in close standings, Green Beret’s from 2nd Battalion, 5th SFG (A) placed first in the overall competition.

According to Command Sgt. Maj. Dwayne Cox, the command sergeant major for the 5th SFG (A), this was the first year since 2001 that this type and magnitude of competition has taken place within the group.

“The last time this competition took place was on 9/11. We were in the heart of this competition when we were told that our country had been attacked,” said Cox. “I found it fitting that we start the competition on September 11th.”