Dyersburg, TN  – Austin Peay State University athletics was informed Saturday that Jeremy Maze, who walked onto the Govs football team in 2010, has lost his long battle with nasopharyngeal cancer at age 21.

The Dyersburg native came to Austin Peay in Fall 2010 as a defensive end after playing linebacker and tight end at Dyersburg High School. 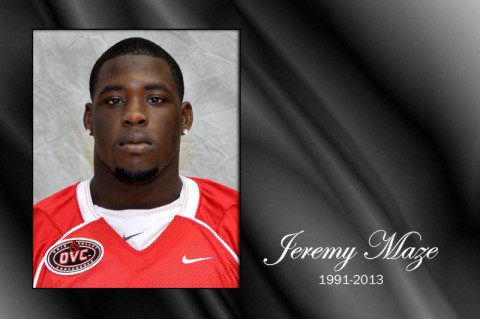 However, he was redshirted that first season. A year later Maze was diagnosed with the cancer and he never was able to play a game for the Governors.

Through much of his treatment the criminal justice major continued his studies at Austin Peay and via online.

The son of Chrystal Maze and Dennis Young, he was born November 27th, 1991.

Check back to www.letsgopeay.com for further details regarding funeral arrangements.