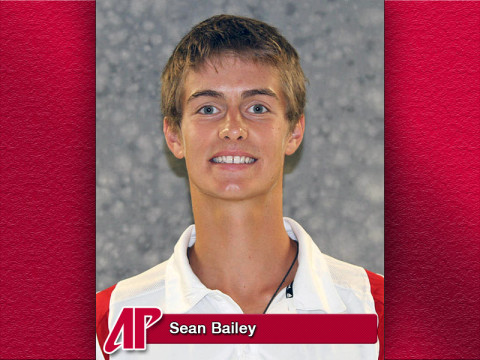 A four-time All-OVC performer who led the Govs to their first Ohio Valley Conference Championship since 1974 in 2013, Bailey dominated on and off the court during his Austin Peay career. He graduated with a 3.95 grade-point average while double-majoring in French and corporate communications. He was Austin Peay’s 2011-12 Male Scholar-Athlete Award recipient, as well as one of six OVC Scholar-Athlete Award winners for 2011-12.

Bailey’s classroom accomplishments speak for themselves He was a member of the Athletic Director’s Honor Roll (3.0 GPA) all eight semesters of his Austin Peay career, earning a President’s List (4.0 GPA) honor six times and Dean’s List (3.5 GPA or better) twice. He was also a three-time member of the OVC Commissioner’s Honor Roll (3.25 GPA for the year).

Bailey also was a huge part of Austin Peay’s Student-Athlete Advisory Council, serving as vice president in 2011-12 and president this past year.

The Manitoba, Canada, native excelled on the court as well, posting a 68-24 career record that included a 20-4 mark in 2013. He was honored as both Austin Peay’s Most Outstanding Male Athlete and OVC Player of the Year for 2011-12. In 2013, he earned his third consecutive first-team All-OVC honor and led the Govs to their first-ever NCAA Tournament appearance, against Mississippi State, May 10th.