The pieces, which had belonged to his late mother, were sculpted by the prominent folk artist William Edmondson, the first African-American artist to have a solo show of his work at the Museum of Modern Art in New York City.

Those donated works, worth tens of thousands of dollars, helped jump-start the University’s burgeoning folk art collection, and they have made the entire community a destination for art enthusiasts. 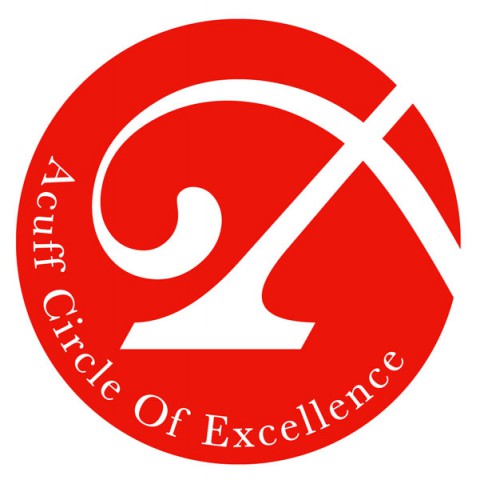 “I think it’s fair to say that my late wife Marjorie and I never really considered ourselves the owners of the sculptures, but rather as something akin to caretakers,” Trahern said after the donation. “It didn’t make much sense for them to sit here in my house with nobody but me and my dog to look at them.”

At 2:00pm on March 2nd, the University will recognize Trahern’s generosity when he is named the recipient of this year’s George Mabry Award, presented during the Acuff Circle of Excellence’s annual Ovation Awards Ceremony at the Customs House Museum and Cultural Center’s Turner Auditorium.

From 1996 to 2005, the APSU Center of Excellence for the Creative Arts honored individuals who made significant contributions to the artistic and cultural life of the Clarksville community with the Ovation Award.

Beginning in 2010, the Acuff Circle of Excellence, the patron society of the Center, reinstated the awards, expanding the categories while also creating the Circle’s signature award – The George Mabry Award.

The winners of the 2014 Ovation Awards include

The Acuff Circle of Excellence will formally present the awards at the March 2nd ceremony.

The George Mabry Award, instituted four years ago, is presented to a living Tennessee individual who has made a significant impact on arts and culture in Montgomery County through philanthropy, leadership or direct involvement or a Tennessee individual who has advanced arts and culture through strategic and innovative work in creating or supporting public policy beneficial to the arts in Montgomery County.

The awards ceremony, which is free and open to the public, will feature entertainment by The Grace Notes Youth String Ensembles, directed by Simone Parker, which are a part of the Community School for the Arts. A reception will follow the awards ceremony.