HomeSportsAPSU Lady Govs Track and Field win Battle of the Cumberland at...
Sports

Murray, KY – Austin Peay State University track and field won five events in its final tune-up before the Ohio Valley Conference Championships at the Battle of the Cumberland, with the Lady Govs winning the tri-meet against Murray State and Tennessee Tech.

Austin Peay got a pair of winners from the field events that made big moves up the OVC best lists.

Freshman Briana Kelly’s 1.70m high jump mark to take the OVC lead in the event and defeating Murray State’s Katie Forshey, whom she was tied with in third place, at the latter’s home meet.

Senior Molly Basch earned another personal-best in the pole vault with a 3.53m mark to take the top spot on Tuesday. She moved into sixth place in the conference in the event. 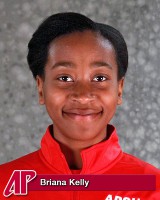 “We had a good meet with a couple of big personal-bests,” said head coach Doug Molnar. “Kelly hit a big milestone. Basch is getting closer to that 12-foot mark.” 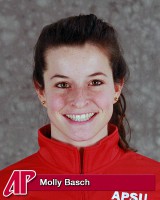 Austin Peay swept the top three spots in the four-team 4x100m relay, with the quartet of juniors Erika Adams and Maikea Davis and sophomores Breigh Jones and Ross winning with a 46.99 run.

“We got some good things accomplished today,” Molnar said. “It sets us up well for the conference meet and hopefully, we can get some kids qualified for regionals as well.”