Clarksville, TN – Senior distance runner Xiamar Hudson, of the Austin Peay State University women’s track and field team, has been named this week’s Copies in a Flash APSU Athlete of the Week.

A week after breaking the school record en route to bronze-medalist honors in the 1500m run at the Ohio Valley Conference Outdoor Championships, Hudson lowered the mark still further with a 4:30.88 mark to finish second in the event behind Samford’s Lauren D’Alessio at the Georgia Invitational in Athens, Georgia. 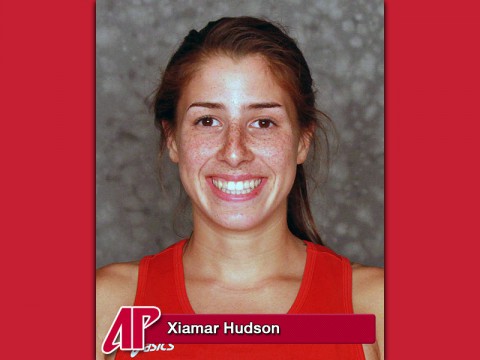 Hudson’s marked moved her from 241st regionally to 162nd in the East Region; with the top 48 performers moving on to Jacksonville, Florida for the NCAA East Preliminaries in two weeks, Hudson hopes to have another strong performance at this weekend’s Georgia Tech Invitational in Atlanta.