Nashville, TN – Since 2002, the small Middle Tennessee city of Manchester in Coffee County has hosted one of the most popular live music events in the country – the annual Bonnaroo Music and Arts Festival.

Held on a 700?acre farm, the festival is a four-day, multi-stage event that showcases a diverse assortment of musical styles and performers.  Thousands of people from all over the country make the yearly trip to attend the festival, and Manchester becomes their temporary home for several days in June. 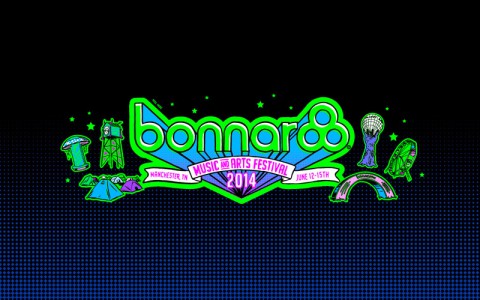 As in years past, over 80,000 music lovers are expected to attend this year’s festival, which kicks off Thursday night, June 12th, and winds down Sunday night, June 15th.

With 80,000 festivalgoers converging on the festival site, the area in and around Manchester always sees increased traffic throughout the festival.  As Manchester prepares to welcome a multitude of visitors, the Tennessee Department of Transportation and Tennessee Highway Patrol are gearing up for the extra traffic expected in the area.

TDOT and the THP are working closely with the Manchester Police Department, the Coffee County Sheriff’s Department and festival promoters to keep traffic moving on I-24 while also getting Bonnaroo attendees to their destination.

“During the Bonnaroo festival, the main goal is to keep through traffic moving smoothly on I-24 while getting festivalgoers safely into and out of the festival site,” said TDOT Commissioner John Schroer.  “TDOT has once again coordinated with THP and other agencies well ahead of the festival to ensure that traffic delays are kept to a minimum throughout the festival period.”

This year, Bonnaroo will officially open all its gates on Wednesday evening June 11th at 8:00pm CDT to allow more time for vehicles to enter the campgrounds.  State Troopers will be on-the-job 24 hours a day beginning Wednesday night, patrolling on the ground and by air.

“We hope our increased visibility on I-24 will have an impact on driver behavior and help reduce serious injury and fatal crashes on this major traffic corridor during the Bonnaroo festivities,” THP Colonel Tracy Trott said. “Our partnerships with local authorities are essential in making this a successful and safe event.”

During Bonnaroo 2013, Troopers logged nearly 6,000 man-hours, worked 17 traffic crashes (1 fatal, 3 injury, and 13 property damage crashes), and wrote 88 citations and 11 warnings.  A breakdown of all THP-issued citations during last year’s festival period is included in this release.

TDOT HELP units will assist with traffic management during the festival and will aid any motorists who require assistance.  Also, the speed limit on I-24 in the festival area will be reduced to 55 mph for the duration of the festival.

The speed reduction will be in effect between mile marker 104.6 (just west of Exit 105) and mile marker 129.4, where the speed limit currently drops to 55 mph to go over Monteagle Mountain.  After the festival is over, the speed limit will be restored to its normal level.

In addition to having HELP trucks on-site, TDOT and other agencies will be taking the following steps beginning June 11th through June 16th:

During the festival motorists should call 511 from any mobile or land line phone for traffic updates or visit the TDOT website at www.tn.gov/tdot where they can also find information on alternate routes.  TDOT is also on Twitter.  For statewide traffic tweets follow TN511 or for regional traffic information follow Nashville511, Chattanooga511, Memphis511 and Knoxville511.

Also, drivers should keep in mind that if they need the assistance of a Trooper while traveling anywhere in Tennessee, they can simply dial *THP (*847) from their cell phone.  They will be automatically connected to the nearest THP dispatch office and the operator will send a Trooper to their location.