Cathey was under 80 in all three rounds at the Jan Weaver-Murray State Invitational, shooting a 225 (76-74-75) to finish sixth overall, leading the Lady Govs to a tie for eighth. 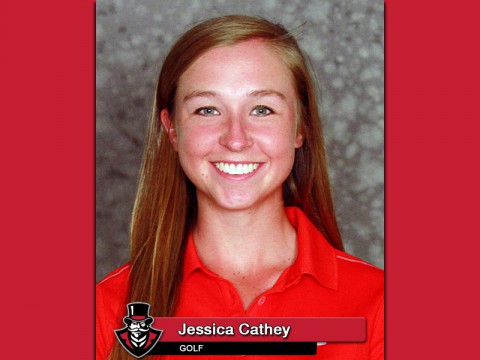 The Hixson, Tennessee native hit just one birdie during the tournament, but was able to consistently get up and down en route to her season’s first top-10.