Nashville, TN – A fugitive on the Tennessee Bureau of Investigation’s Top Ten Most Wanted list, Bryan James Cooke, was captured Tuesday morning in Jacksonville, Florida, a day after being added to the list.

Early this morning, Cooke was arrested at a hotel in Jacksonville by officers with the Jacksonville Sheriff’s Office. A Jeep that had been stolen from the residence of Gail and Gary Dodson in McMinnville, TN was recovered in the parking lot of a nearby Jacksonville business. 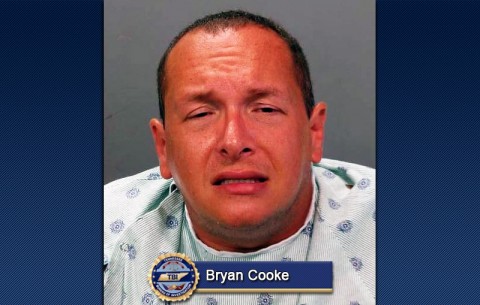 Bryan Cooke was placed on the TBI’s Top Ten Most Wanted list on June 29th. He was wanted by the Warren County Sheriff’s Department and TBI on two counts of Criminal Homicide.

Earlier the same day, Gail and Gary Dodson were found deceased in their home in Warren County.

They were discovered after employees at their restaurant were concerned when the two did not show up for work. Warrants were later taken out against Cooke in connection with the deaths of the couple. Bond was set on these charges at $2,000,000.

Cooke is being held as a Fugitive from Justice by Florida authorities pending extradition.