Jackson, TN – Special Agents from the Tennessee Bureau of Investigation have arrested and charged a police officer from the Paris, Tennessee Police Department in connection to the death of his infant son earlier this month.

On September 2nd, at the request of 24th District Attorney General Matthew Stowe, TBI Special Agents began investigating the cause of life-threatening injuries sustained by almost three-month-old Gunner Page at his family’s home in Puryear. 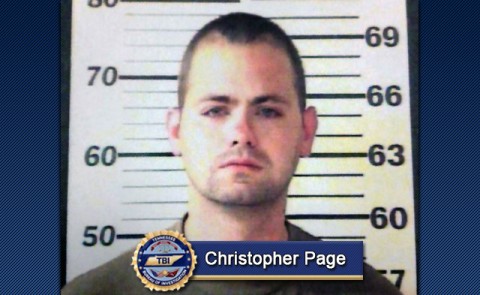 The infant, the son of Paris Police Department officer Christopher Warren Page, died as a result of his injuries on September 7th.

During the course of the investigation, Agents developed information leading to Page as the individual responsible for his son’s death.

Today, Agents arrested Page and charged him with one count of First Degree Murder and one count of Aggravated Child Abuse. He was subsequently booked into the Henry County Jail. At the time of this release, Page was being held without bond in the Carroll County Jail.

The investigation into the incident continues, with the assistance of the Henry County Sheriff’s Office.