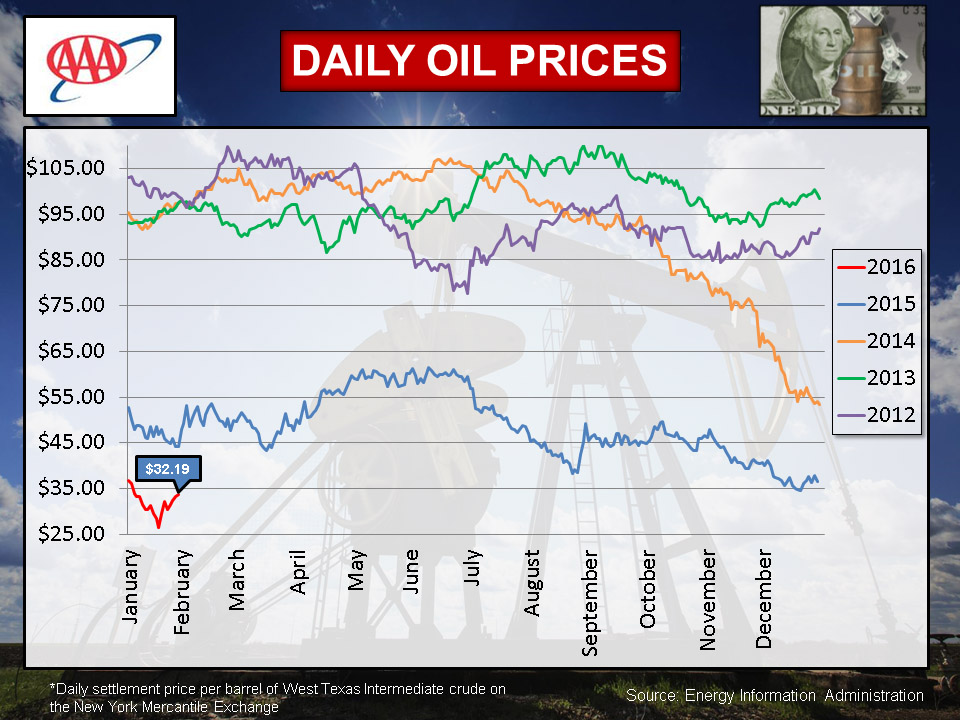 Tampa, FL – Gas prices continue falling at a rate of a half cent a day, despite increases in the price of oil last week. Crude prices rose more than $3.00 last week, while the national average dropped 3 cents. 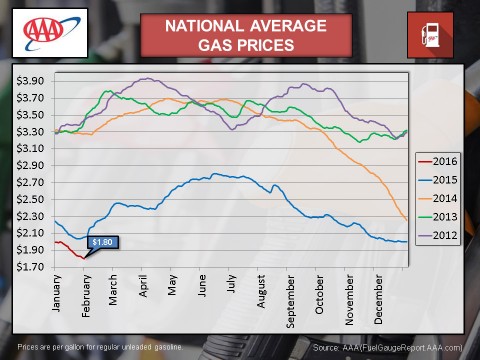 “Motorists enjoyed the lowest gas prices for the month of January since 2009, largely due to crude oil supply outpacing demand,” said Mark Jenkins, spokesman, AAA – The Auto Club Group. “Retail averages should remain relatively low this year, barring any disruptions in supply. However, prices will likely begin to rise in February.” 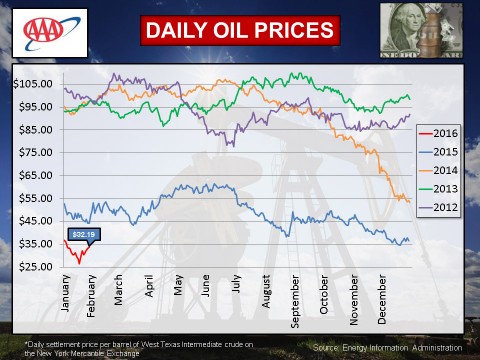 “AAA continues to expect the 2016 average to be the lowest in more than a decade,” Jenkins said. “However, prices are likely to increase in February, as refinery maintenance season gets underway, leading up to the changeover to the production of summer-blend fuel. During this time, refineries are not running at full capacity, so they are unable to put out as much gasoline into the market to meet demand.”

Volatility returned to the global oil market last week, and the global price of crude oil continues to swing on news-related expectations of future supply and demand. Russia and OPEC-member country Saudi Arabia are scheduled to meet and the possibility that the two nations may agree to cut production is also impacting prices.

Contrary to previous instances, where potential meetings have little to no impact on markets, the lower-for-longer sentiment combined with last week’s collapse in oil prices is believed to have changed the dynamic for discussions between the two countries.