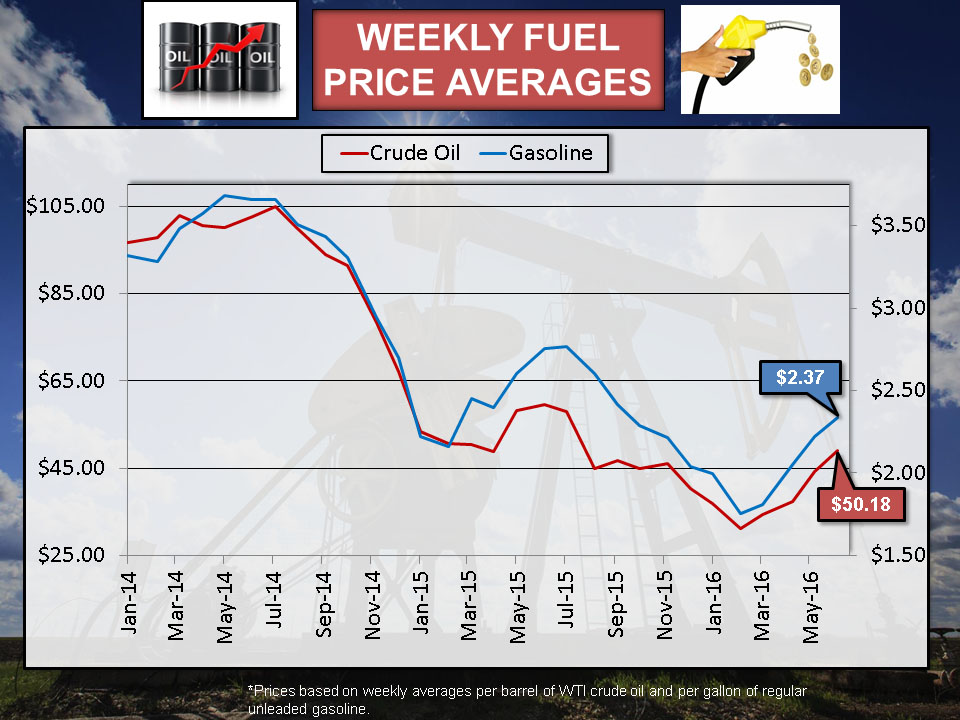 Tampa, FL – Prices at the pump are moving lower, but face upward pressure due to increased oil prices. Crude oil reached 11-month highs last week and that could lead to higher gasoline prices.

“Rising oil prices typically lead to increased gas prices, but that has not happened yet,” said Mark Jenkins, spokesman, AAA – The Auto Club Group. “Fortunately, last week’s shift in oil prices was not dramatic and wholesale prices are lower than a week ago, so it’s possible pump prices could get cheaper.” 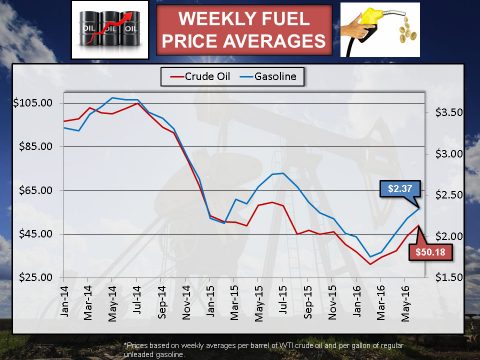 “We’re entering the week when gas prices reached their annual peak last year. So far, fuel prices have followed similar trends as last year. It’s possible prices could peak this month, but it all hinges on which direction oil prices go for the rest of the year.”

Last week, crude oil prices reached their highest point since July 2015. Daily settlements were as high as $51.23, with a weekly average of $50.18 – $1.20 more than the week before. Oil prices rose during the first half of the month on news of outages from key production countries and growing gasoline demand, but a strengthened U.S. dollar pushed prices lower toward the end of the week.