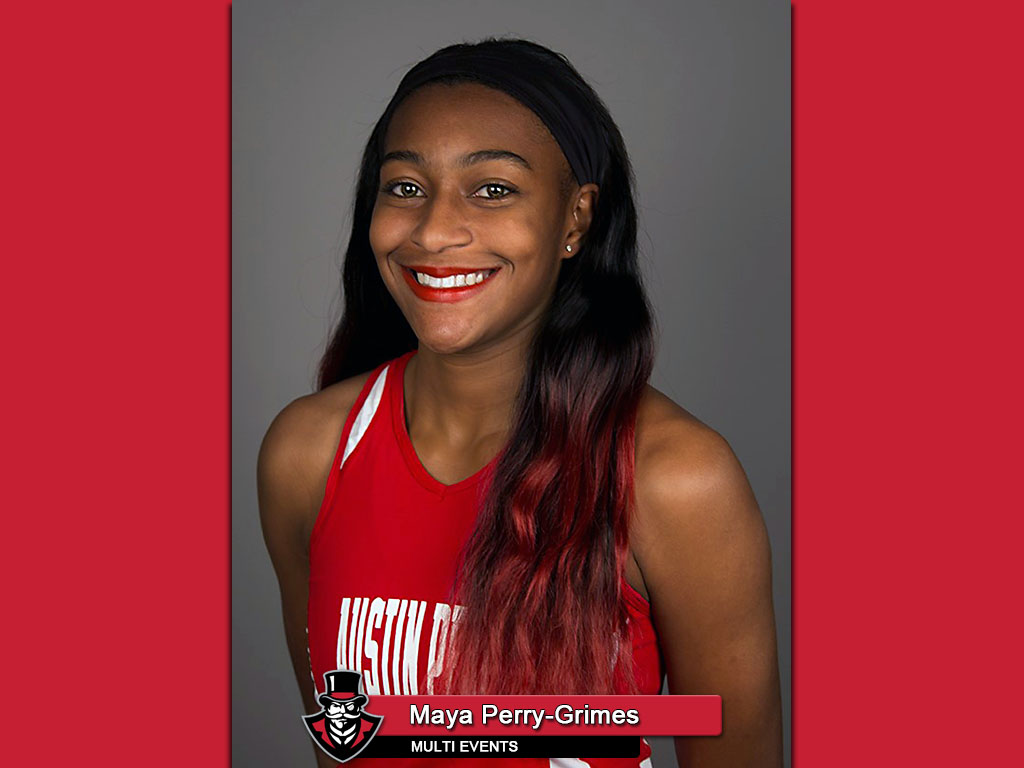 The talented newcomer from Antioch Tennessee joins Anna-Claire Raines (2006, outdoor) and Leigha Tolliver (2010, indoor) as the only Austin Peay track and field athletes to bring home the OVC’s top honor for a freshman. 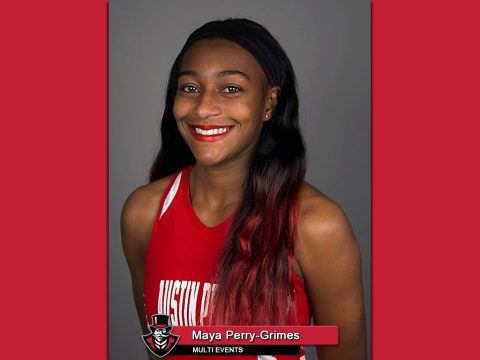 “We are very excited for Maya,” said head coach Doug Molnar. “She’s a multi-talented athlete who was successful in everything we put her in this year. To earn this honor from the conference coaches is a credit to not only her high levels of achievement but the character and commitment she displays each time she competes.”

Perry-Grimes has made her mark across the conference in a host of disciplines, ranking in the OVC’s top-10 in the 200m dash (10th), long jump (eighth) and triple jump (fifth), in addition to helping Austin Peay to a fourth-ranked position in the 4x400m relay entering this weekend’s OVC Indoor Championships.

Perry-Grimes debuted with a 12.25m (40-2.25) triple jump mark, earning runner-up honors with a mark that still has her ranked 98th nationally entering the weekend and 12th among freshmen. She picked up her first career triple jump victory in the Governors first post-Christmas meet at Purdue’s Gene Edmonds Open (11.96m; 39-3.0).

For the season, Perry-Grimes has five top-10 finishes to her credit—two in the triple jump, one in the long jump and two relay events.

“She has a great work ethic on and off the track,” Molnar said. “The sky truly is the limit for her.”

Perry-Grimes is the first Austin Peay athlete to earn a postseason honor from the Ohio Valley Conference since Chantelle Grey took home Indoor Track Athlete of the Year in 2013. Amber Hughes of Tennessee State took both track and field Athlete of the Year honors in 2017.

The Governors and their freshman standout are concluding final preparations for this weekend’s OVC Indoor Championships, hosted by Eastern Illinois at Lantz Fieldhouse in Charleston, IL.