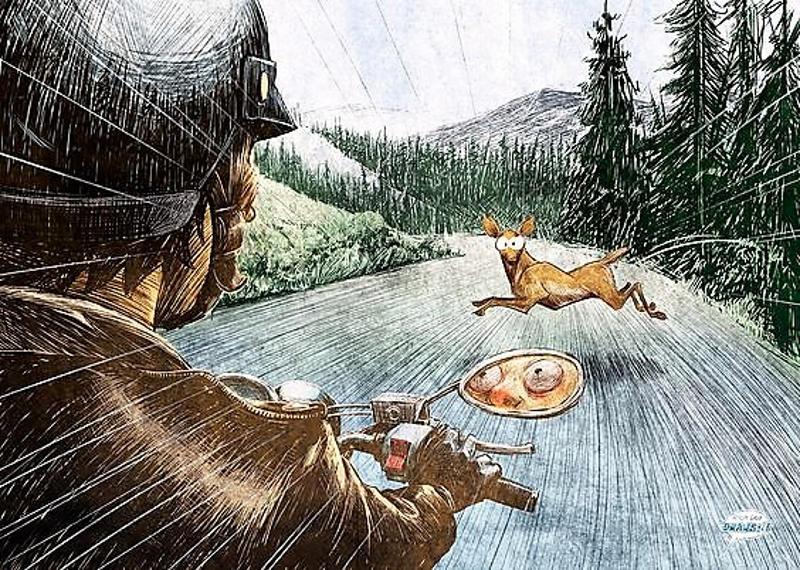 **Editor’s Note** This is from our motorcycle blog, Dodging the Roadkill @www.clarksvillemotorcycle.com

Clarksville, Tn — The dangers are understood and accepted by us all.  Riding a motorcycle leaves us exposed and vulnerable.  The possibility of our demise rides with us.  We understand all of that and we wouldn’t have it any other way.

In the beginning of MY journey I heard it all.  From friends and family: 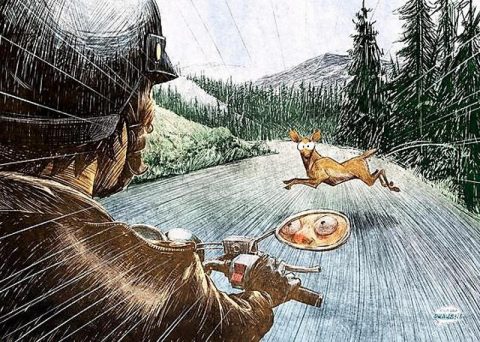 “You’re going to kill yourself!”

“My brother was killed on one of those things”

“You of all people should know better.”

Then after I retired, I battled depression.  It was the MOTORCYCLE that pulled me through.

I quickly realized that even though I was in an exciting line of work, (broadcasting) I really hadn’t “lived” at all.  It wasn’t until I roared down the highway on my Harley that I realized what living was.  To have something shake me to my soul.  It was amazing!

It saved my life.

It could also end it.

Early into my journey, the only problem I had was right turns and dropping the bike.  I dropped my bike about 4 or 5 times.  It was embarrassing, but it was necessary.  All of my close friends who were bikers told me, “everybody does it, so don’t worry about it.”

Then, when I started travelling across the country, I discovered all sorts of traffic conditions.  The possibility of an accident became real.  I saw first hand all the dangers we face.

Now, most of them are out of our control, but we depend on other traffic to be responsible and attentive.

We don’t expect a deer, or squirrel, or dog or some other varmit to just jump out in front of us, but they do.

I recently posed this question on Facebook about where a lot of you felt we were in the most danger, the interstate or back roads?  The opinions were mixed.  There’s not a “right or wrong” answer, but different opinions and why, and it’s those stories and opinions that we share with each other that bonds us and teaches us things we might have never known.

I personally feel that the back roads offer more of a chance to have an incident.  There’s very little room to escape, and you’re closer to oncoming traffic, especially in the city.  Ever driven through Atlanta? ?

Out in the country, there’s critters, road debris, bad roads, and very little space to escape.  My eyes are constantly scanning for a place to go if I need to, and a lot of times, I don’t have one.  I’ve had some really close calls with vehicles and critters. It was cause for a change of underwear.

I feel safer on the interstate, even though I’m travelling at a higher rate of speed.  I feel like I have more time and space to avoid a problem.  I see more places to “escape” if need be.  I’m very aware of my surroundings and feel more comfortable there.  But in all honesty, I enjoy travelling the back roads better.  I just see people, places and things I would never see on the interstate.

I don’t think we’re stupid, anymore than someone who is a rock climber, or a pilot, or scuba diver.  I think we embrace the danger and prepare accordingly.  We train accordingly.  We ride accordingly.  We do all we can do to ride safe.  The rest is up to our surroundings.  If I die tomorrow, I will have been more alive than ever!  For those who don’t agree or understand, then you should never ride a motorcycle, and that’s ok.

The people I’ve met, and the places I’ve been on these two wheels has been amazing.  I wouldn’t have it any other way.  If I could live forever, I would ride forever.

Be safe my brothers and sisters.  I hope our paths will cross one day.

The first round is on me.