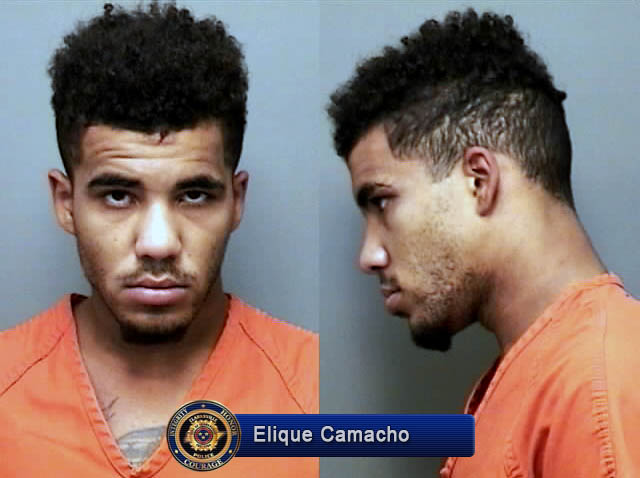 Clarksville, TN – A domestic assault suspect attempted to run over one Clarksville Police Officer and later fired gunshots at another officer during a high-speed pursuit late Sunday night, June 24th, 2018.

Officer Stephen Hurt investigated a reported domestic assault on the 1500 block of Armistead Drive at 10:19pm Sunday night, in which Elique Camacho allegedly drove to a relative’s home in a belligerent, intoxicated condition. Camacho reportedly yelled that he would fight anyone before striking a 12-year-old girl in the head with a closed fist. 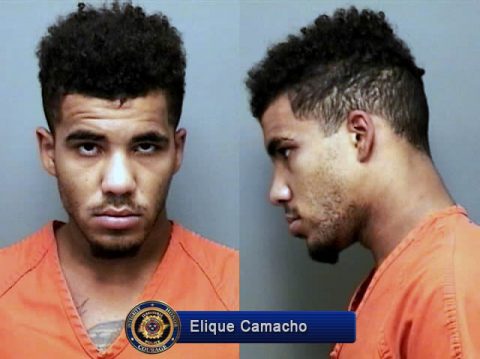 Officer Stephen Hurt documented that when he arrived at the residence and approached on foot, Camacho attempted to run over him in black Mitsubishi Eclipse, striking the officer in the hand as he jumped out of the way.

Officers located Camacho moments later at the intersection of Quin Lane and Fort Campbell Boulevard, but the suspect drove away when officers approached. In the resulting high-speed pursuit, Officer Steven Deering stated Camacho fired several gunshots at officers before being rammed by a patrol car.

Camacho’s vehicle became disabled and he fled on foot. Clarksville patrol officers searched the area with the assistance of a Tennessee Highway Patrol helicopter. District One patrol officers and detectives located and arrested Camacho without incident on Eggars Court about 9:45am Monday morning.

Elique D. Camacho, a 21-year-old Clarksville resident who has a revoked Tennessee driver license and several previous arrests for domestic assault and drug possession, is charged with two cases of Aggravated Assault, as well as Domestic Assault and Evading Arrest. The attached photo is from July 27th, 2017. Injuries to two officers appear to be minor.