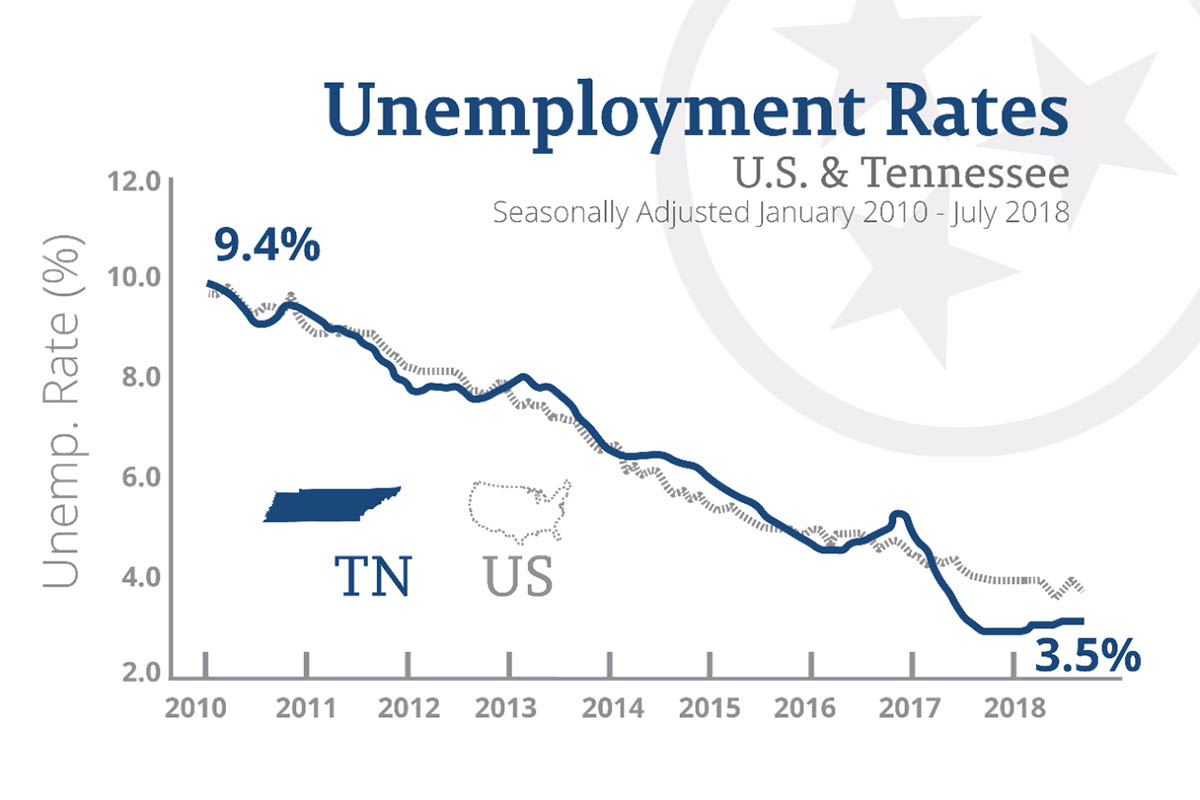 Tennessee’s seasonally adjusted unemployment rate has not only remained unchanged since May, it mirrors the 3.5 percent recorded during the same time period in 2017. 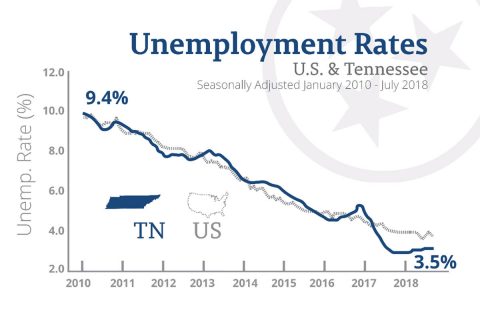 “Tennessee’s economy is truly holding its own right now,” said Haslam.  “The fact the unemployment rate has remained unchanged for three months, and Tennessee businesses continue to add new jobs, shows our workforce strategy over the last eight years is paying off for both citizens and businesses.”

Over the year, nonfarm employment in Tennessee has increased by 56,300 jobs. The largest increases occurred in the state’s leisure/hospitality, professional/business services, and education/health services sectors.

“It’s encouraging to see so many new jobs coming to Tennessee,” said Phillips.  “We have the state’s business services teams out in communities across the state, working closely with companies, to ensure they have a qualified workforce to fill those positions.”

While Tennessee’s unemployment rate remained unchanged during July, the national unemployment rate ticked down during the time period.  At 3.9 percent, the seasonally adjusted rate decreased by 0.1 of a percentage point compared to the previous month.

The statewide unemployment rate is seasonally adjusted to eliminate the influences of weather, holidays, the opening and closing of schools, and other recurring seasonal events from an economic time series.

Tennesseans who are searching for employment opportunities can access the latest job openings, update their resumes, and sharpen their job interview skills by visiting the state’s workforce website.

A complete analysis of Tennessee’s unemployment data for July 2018 can be found here.