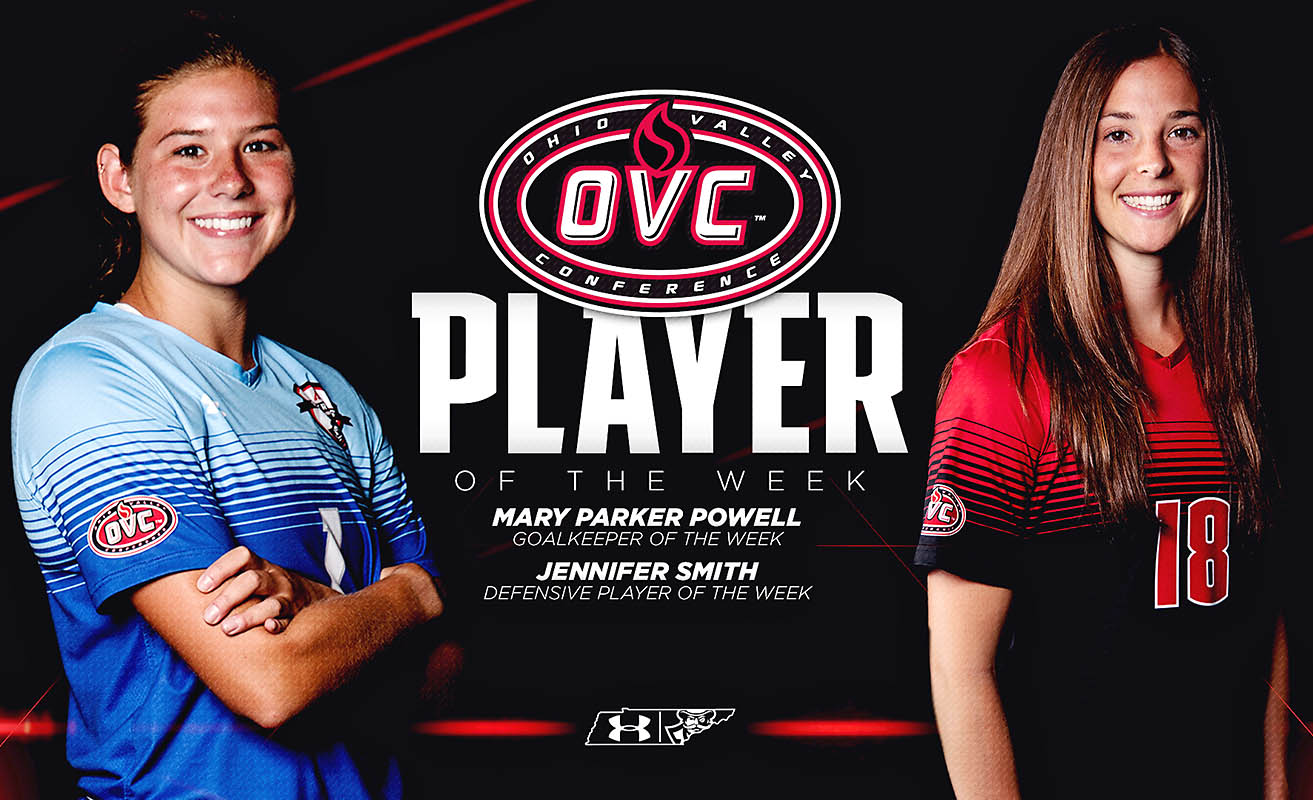 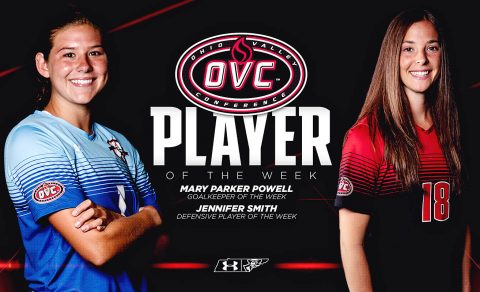 Smith, who began her career at Austin Peay as a forward, won the OVC Defensive Player of the Week award. She started both of APSU’s season-opening matches, playing all but seven minutes total.

Her 173 minutes was highest among outfield players and only ranked second to Powell.

Not only did she contribute to the first pair of back-to-back shutouts since early last season, the Canadian unleashed a peach of a volley high into the net against Middle Tennessee, which proved to be the winner. Smith has now scored a goal in each of her four seasons at Austin Peay and has moved into the Top 15 all-time for goals scored in APSU history.

“Jen had back to back exceptional performances as a central defender this weekend,” said Governors head coach Naomi Kolarova. “She topped off her solid defensive effort with an absolutely superb game winning goal in the MTSU game. She’s a former forward but her transition to defense for us has been seamless and top class, as evident by her recent play.”

Powell earns her second career OVC Goalkeeper of the Week award and is off to a fine start in her junior campaign as she also started both matches and played the full 90 in each. Powell allowed no goals, including commandeering a road shutout of Evansville, the first road shutout for the Govs since September 22nd, 2016 against Morehead State.

In total, Powell was credited with six saves, but none were bigger than her incredible double save against MTSU. A shot from outside the box bounced in front of her as she dove to her right, making the save a lot harder. With the ball still loose, she denied an oncoming MTSU player from point blank range, holding on to the ball as well.

“Mary Parker has had a great start to the season,” said Kolarova. She’s playing with confidence and organizing well from the goal. We are looking forward to seeing what she can do this year.”

Catch the Govs in action, 5:00pm, Friday, as they look to stay unbeaten when they take on Alabama A&M at home.