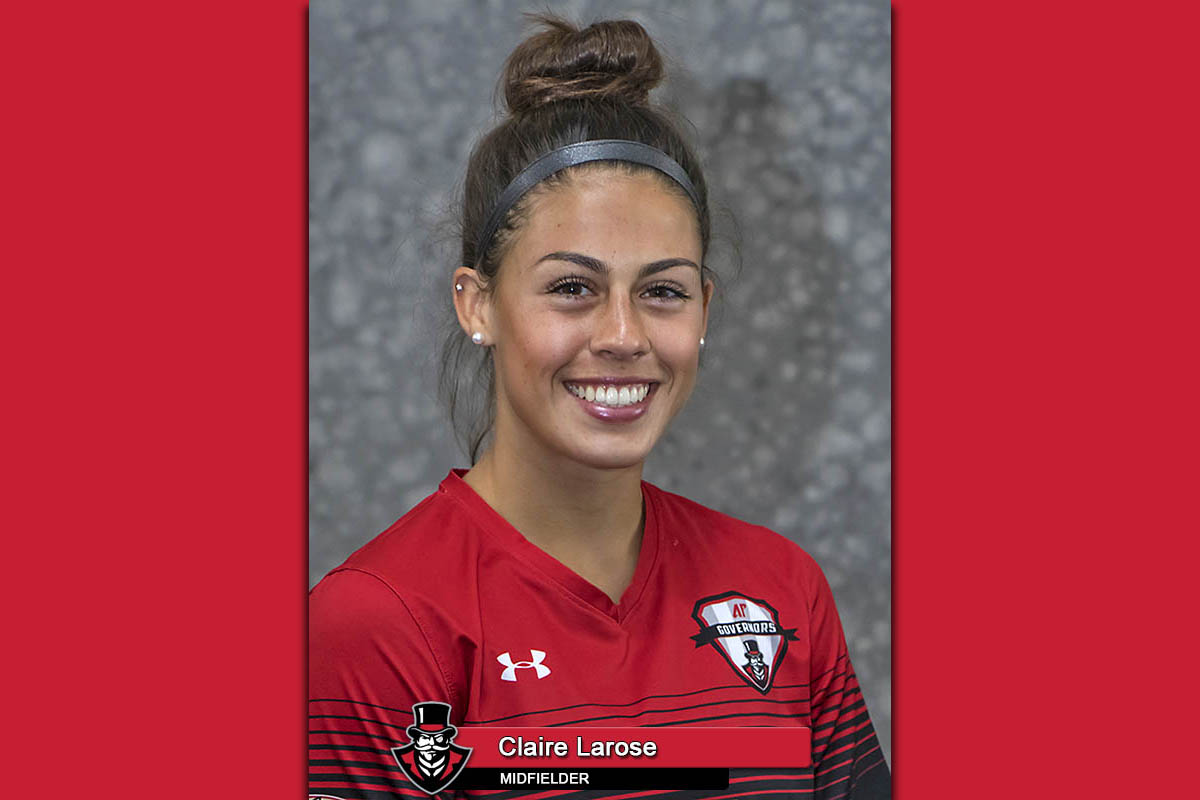 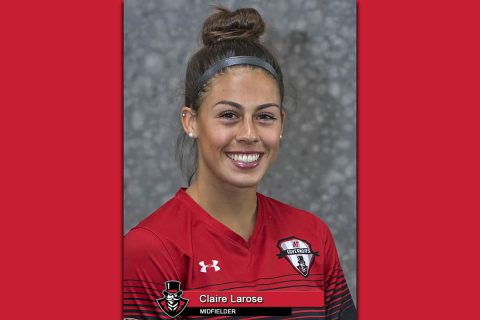 Larose has picked up from where she left off in her freshman season at APSU. The Canadian totaled two goals this past weekend, one each against Belmont and Tennessee Tech, as the Govs picked up a win and a draw.

Larose’s first goal of the weekend came against Belmont, when the Govs were down 1-0. After a fight in the midfield, Amber Bateman released Larose, who beat Belmont’s offside trap to slide the ball home for the equalizer. Larose ended up having seven total shots in the game, with three on target.

The second goal on the weekend proved to be a game-winner. Larose made a perfectly timed run that was hit in stride by an equally perfect Jade Dauriat through ball in the 18th minute. Larose took a couple of dribbles inside to get a better angle before placing the ball to the far post, a goal which proved to be the lone goal in a 1-0 victory over Tennessee Tech.

The award is the first honor in Larose’s career. Larose joins Morgan Drawdy (offensive), Jennifer Smith (defensive), and Mary Parker Powell (goalkeeper, twice) as the other APSU OVC Players of the week this season.

“Claire works hard every minute she’s on the field,” said Governors head coach Naomi Kolarova. “She’s a dangerous player with the ball at her feet and I think teams know that now. Despite being marked well, she still found a way to put a couple great goals away this past weekend. She brings energy and excitement to our offense and we hope she keeps it going the rest of the year.”

Larose and the Govs visit SIU Edwardsville (Friday, September 21st 7:00pm) and Eastern Illinois (Sunday, September 23rd 1:00pm) this weekend on the road as they look to cement themselves at the top of the conference standings.