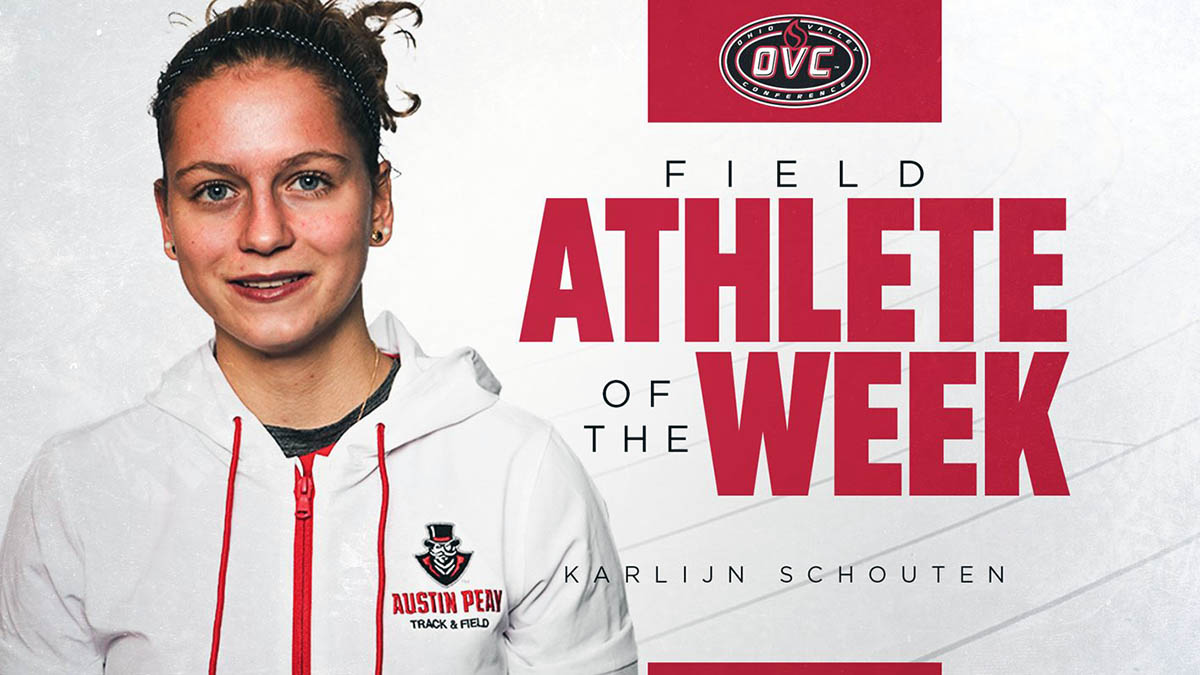 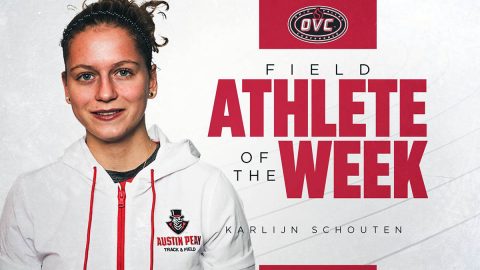 Early results peg Schouten, from Zwijndrecht, Netherlands, as the next in a long line of great pole vaulters to journey through Clarksville.

In just her second meet as a Gov, Schouten posted the league’s top pole vault mark in 2019-20 and finished behind only a vaulter from host Purdue and a trio of vaulters from Louisville, including 2019 NCAA Championship participant Gabriela Leon. She now ranks 67th nationally in the event.

Schouten’s honor extends Austin Peay State University’s streak of having at least one pole vaulter earn indoor field athlete of the week honors to five seasons, dating back to 2016.

The Govs and Schouten are already looking ahead to next week at the Samford Invitational in Birmingham, Alabama.